The Mysterious Case of the Pawprint in the Brick... 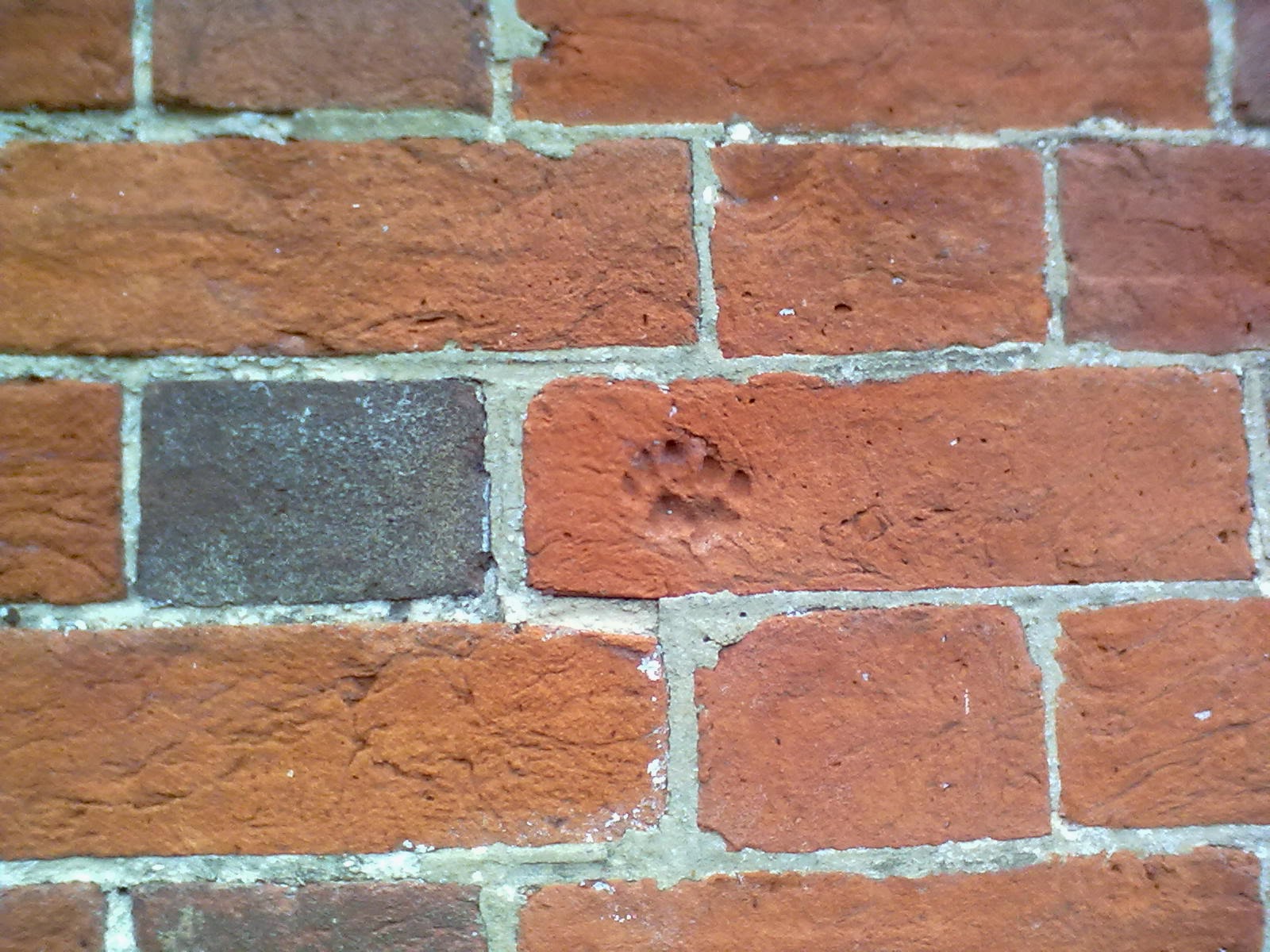 It appears in a red-brick Georgian house, built around the middle of the C18th, and presumably a cat walked across the bricks in their forms, before they were baked in the kiln.

I assume it's a cat - something with pads, and retractrable claws, and it seemed about the right size for a cat.

The owner wondered what sort of animal would have six toes, but I told them I was fairly certain it was two footprints, one nearly on top of the other.

A lot of four-legged animals walk in a pattern called "tracking" or "tracking up" whereby on each side, the back foot is placed exactly where the just-lifted front foot was. If you watch them walking, you can see this lovely coordination, the front foot rises just fractionally before the back foot would have nudged it.

In horse riding, this is something which is part of daily training, ensuring that your horse tracks up properly, and doesn't slop along with the back hoofs not landing exactly where the front ones went. If you look at a run of hoofprints in soft ground, you can often see whether the horse was working properly, or slopping along, by looking for overlapping hoof prints.

None of my various riding instructors could ever tell me why we had to work on this, but I have always assumed that any four-legged animal can only see where the front two feet are going, so to avoid unnecessary injury to the back feet, they should be placed only where the front feet have safely gone.

So we could assume that this little paw print is a back foot overlying a front foot.

Or, the cat started to walk on the half-set bricks, felt its paw sink in, rocked back, then decided to go ahead anyway.

Update: just had another one come in!  Read all about it here...
Posted by Rachel the Gardener at 11:50