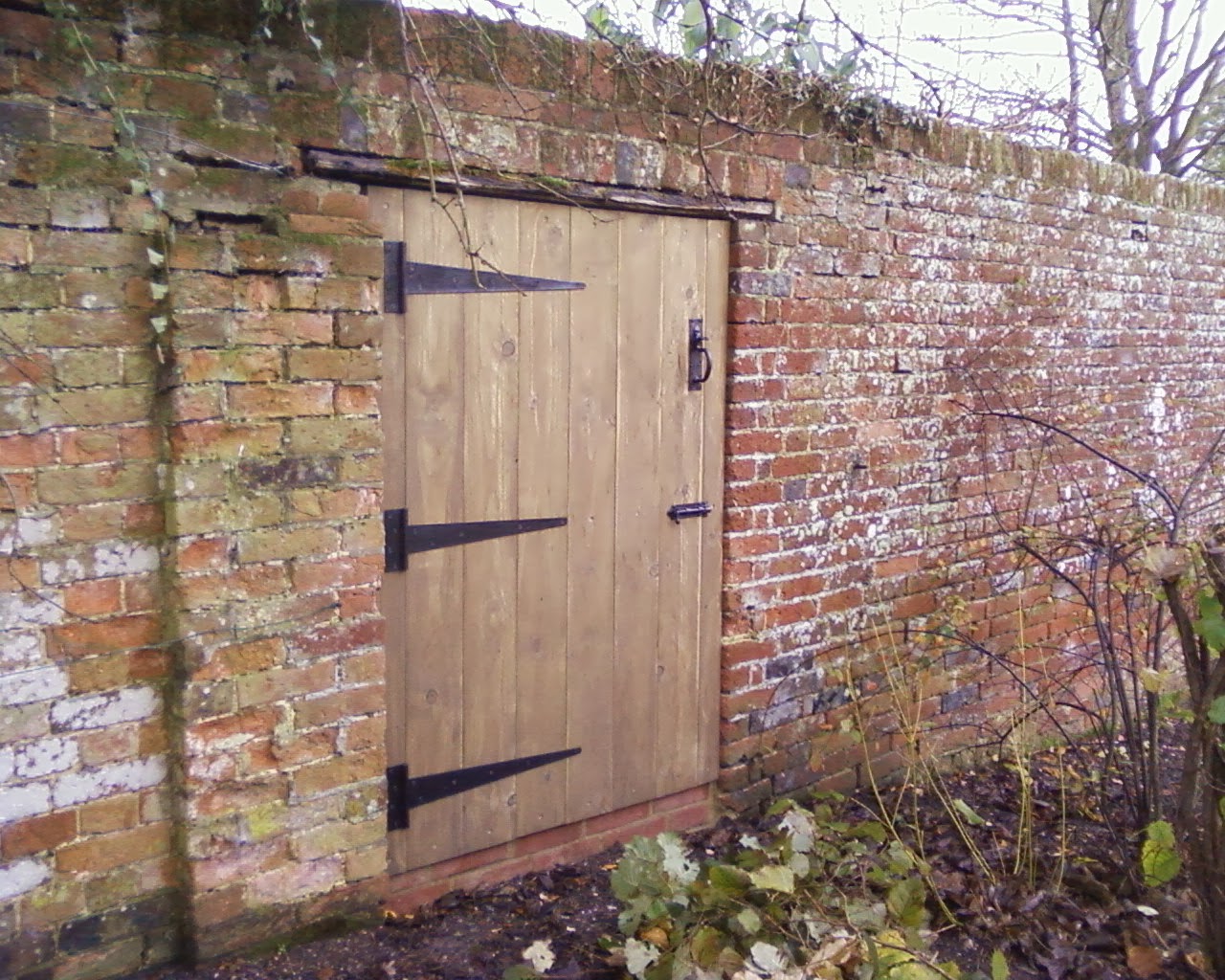 And the badgers never came back.
Posted by Rachel the Gardener at 11:33 No comments:

Ah, that lovely moment when the snowdrops start to poke their little noses out of the soil.. makes it all worthwhile, and gives us hope that spring is not far away.

Completely wrong, of course - we have the worst of the winter yet to come - but it's a nice thought.

Today was far too wet to be working: not only has it been raining intermittently all day, but it's been raining constantly for the past few weeks, and the soil is completely waterlogged.

Walking on the flower beds is a bad idea when it's this wet: it compacts the soil horribly, not to mention the black muddy footprints on the lawn, which most of my clients object to.

(OK, that last sentence should be "to which my clients, most understandably, object." but there's only so far you can go towards proper grammar before encountering the brick walls of "stilted" and "boring".)

So today I have been working in my porch, which is covered from the rain, but open to all the wind and cold... but it's better than sitting indoors all day. It will soon be time to get the snowdrops out for sale, so I took the chance to get on with cleaning them up, in preparation.

They sit underneath my auricular theatre through the summer, to simulate them being under thickly leaved woodland trees, and they do accumulate a layer of dead leaves and the occasional weed. This year, as it's been so damp and miserable, they have also accumulated a layer of moss, which is a bit disgraceful - I can only excuse myself by saying that it has been a bad year for moss and liverworts. 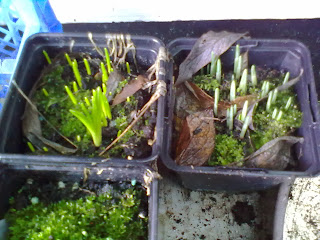 They are not snowdrops!

Somehow a pot of something else has found its way into the snowdrop section, oops. Probably I had one odd pot left, and one odd space in a snowdrop tray, and put the two together without bothering to label the infiltrator, on the (perfectly reasonable) grounds that I would spot it as soon as they started growing, and I don't sell any of them until they are either flowering, or about to flower.

The first job is to carefully tease out the debris of dead leaves, then to carefully lift out the mat of moss, without damaging any of the buds.

Then I can top them up with a fresh layer of compost "nuts",  and they are now ready for sale, in a couple more weeks' time. 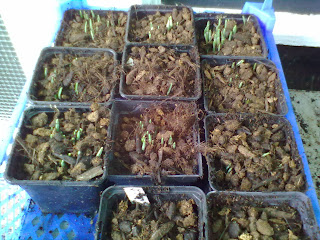 This year I will be selling Snowdrops, single and double: tulips, dwarf Red Riding Hood and the fabulous Queen of Night black ones, plus some daffodils - some frilly ones, and some of my favourite dwarf Tete a Tete.

Although I might hang on to the latter - I read in the horticultural news recently that the nurseries will not be selling them after this year. Apparently they are too much of a success, as they come back year in year out, reliable, beautiful, and increasing themselves every year. Nurseries don't want that, it seems: they want bulbs that flower superbly the first year, but deteriorate thereafter, so that we have to go back and buy more every year.

Tete a Tete is, it seems, a victim of its own success.  So I might hold on to the ones I have!
Posted by Rachel the Gardener at 14:09 No comments: