Now I'm the first to admit that I am not a garden-tool snob: I don't buy expensive tools, the reason being that I treat them terribly.

Secateurs in particular have a hard life: I cut things way beyond what they are designed to do, I cut roots underground - and soil is very, very bad for blades - I never clean them, or oil them, and I sharpen them every couple of days in the roughest, horriblest way.

So I don't waste money buying expensive ones. They are very much expected to work hard and die young, although every single pair I have ever had have broken - either the spring, or the locking tab - long before the blades were worn out.

A while ago, I wrote about secateurs in the context of wrestling with brambles, and I said "I would warn you very strongly against buying anything for the garden from "cheapy" shops:  any shop with the word "pound" in their title should be avoided, and buying from any shop which appears chaotic will only lead to disappointment."

As always, there is an exception to every rule, and this is it: 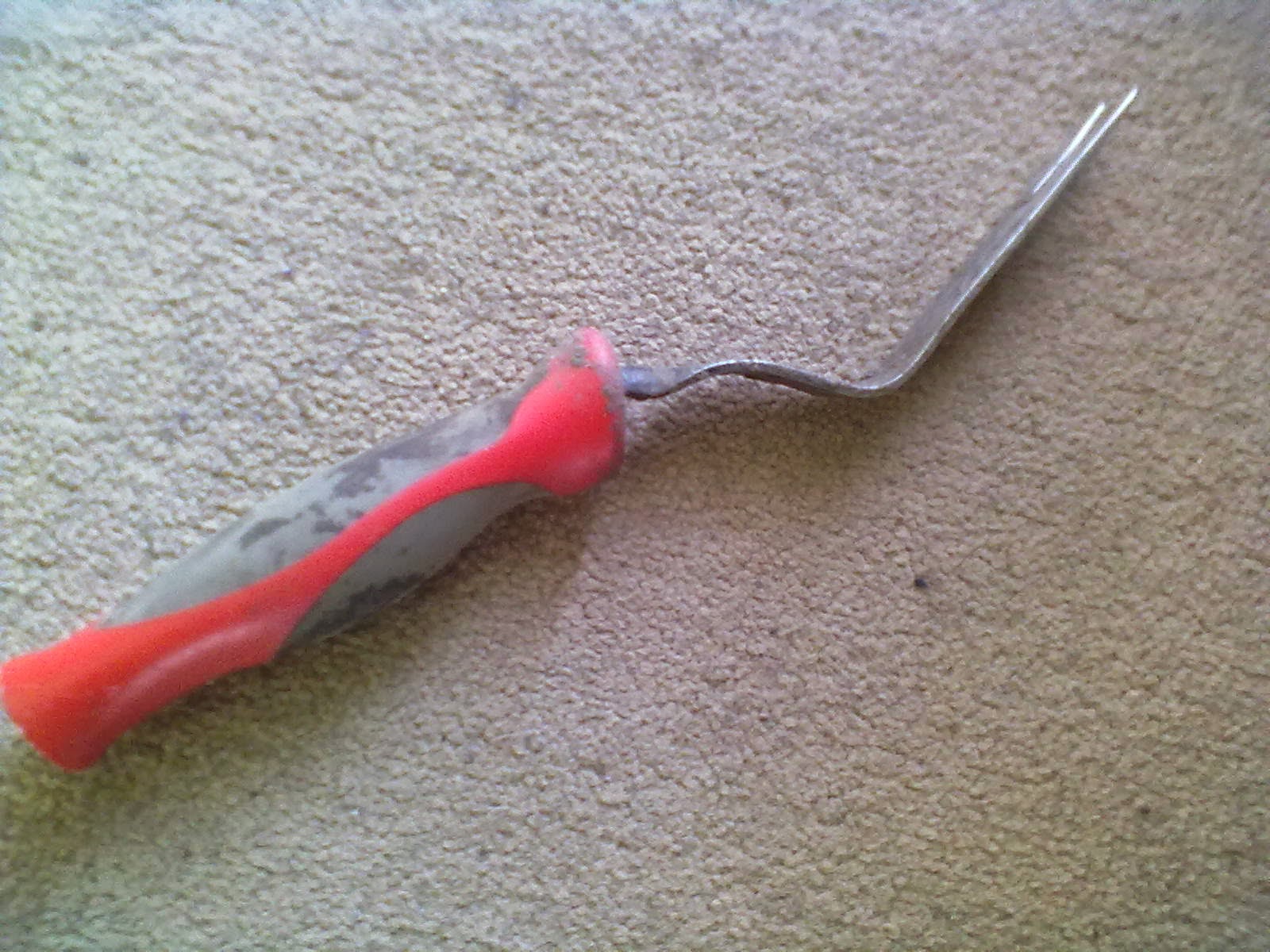 I found this Daisy Grubber in Wilkinsons for about £2, with the handle in red plastic. The blade appeared to be made of metal, it appeared to be firmly fixed to the handle so I bought it. It's been brilliant, every bit as good as the B&Q ones I normally use, but being bright red plastic, it has been so much easier to find it when I drop it! I've now bought another two of them for back-up: one of the major problems with all these "cheapy" shops is that the products are often non-repeatable. Just as you get used to something, it breaks, you go back to the shop and find that they no longer do them.

The moral of this story is "keep an open mind" and don't be too quick to write off the cheapy shops: but I stand by my statement to avoid buying tools in shops with "pound" in their title!
Posted by Rachel the Gardener at 08:23