Propping up the Mulberry - a pleasing symmetry

One of my Clients has a large and stately Mulberry tree which, like all Mulberry trees, is suffering from a case of slow-motion flop. Instead of growing upwards, like any sensible tree, the branches gradually curve downwards under their own weight, until they touch the ground.

This is why every old Mulberry tree you ever see will appear to be on crutches, stilts, or legs - here's a particularly good example from another of "my" gardens: 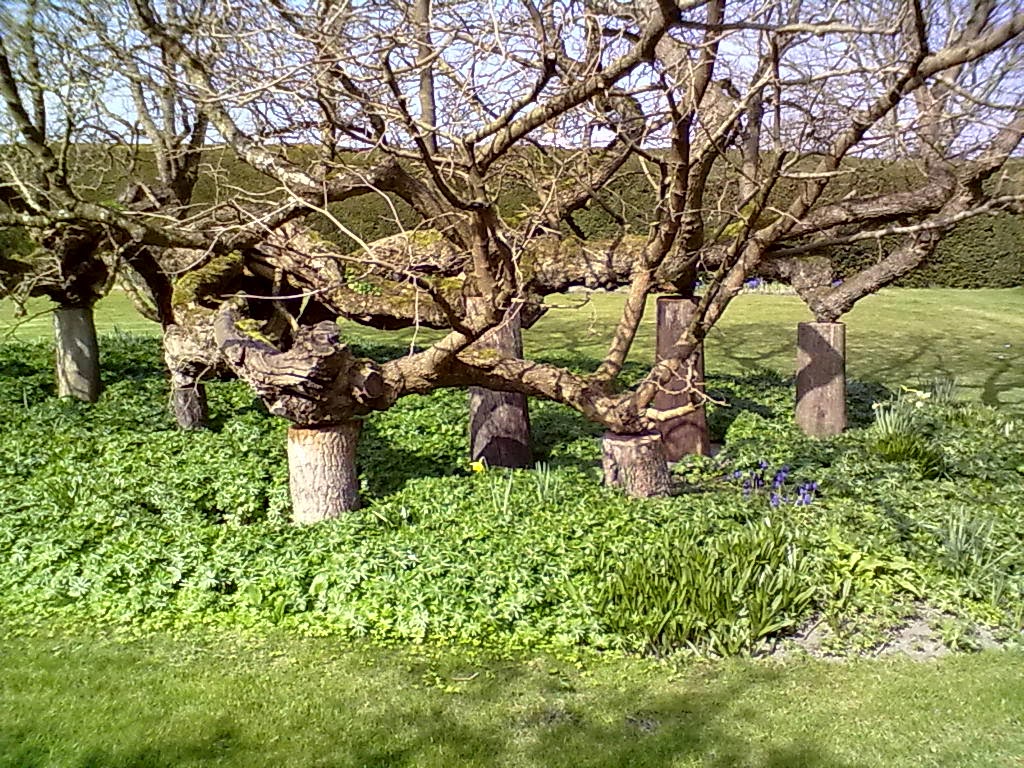 I often wonder if someone designed the Mulberry specially to melt, over time, in order to keep the fruit within easy picking reach of the ground.... whatever the reason, it's a nuisance, as the tree gets wider and wider, making it harder and harder for the lawn-cutter to do their job without being poked in the eye.

Last week I was finally able to do a bit of much-needed work on the "floppy" Mulberry, now that the danger period of Jan-March is over: you should avoid pruning sap-bleeders during this time, as they will - as they name suggests - bleed alarming quantities of sap if you do so. Vines are prone to bleeding if cut in winter, along with Walnut, Birch - 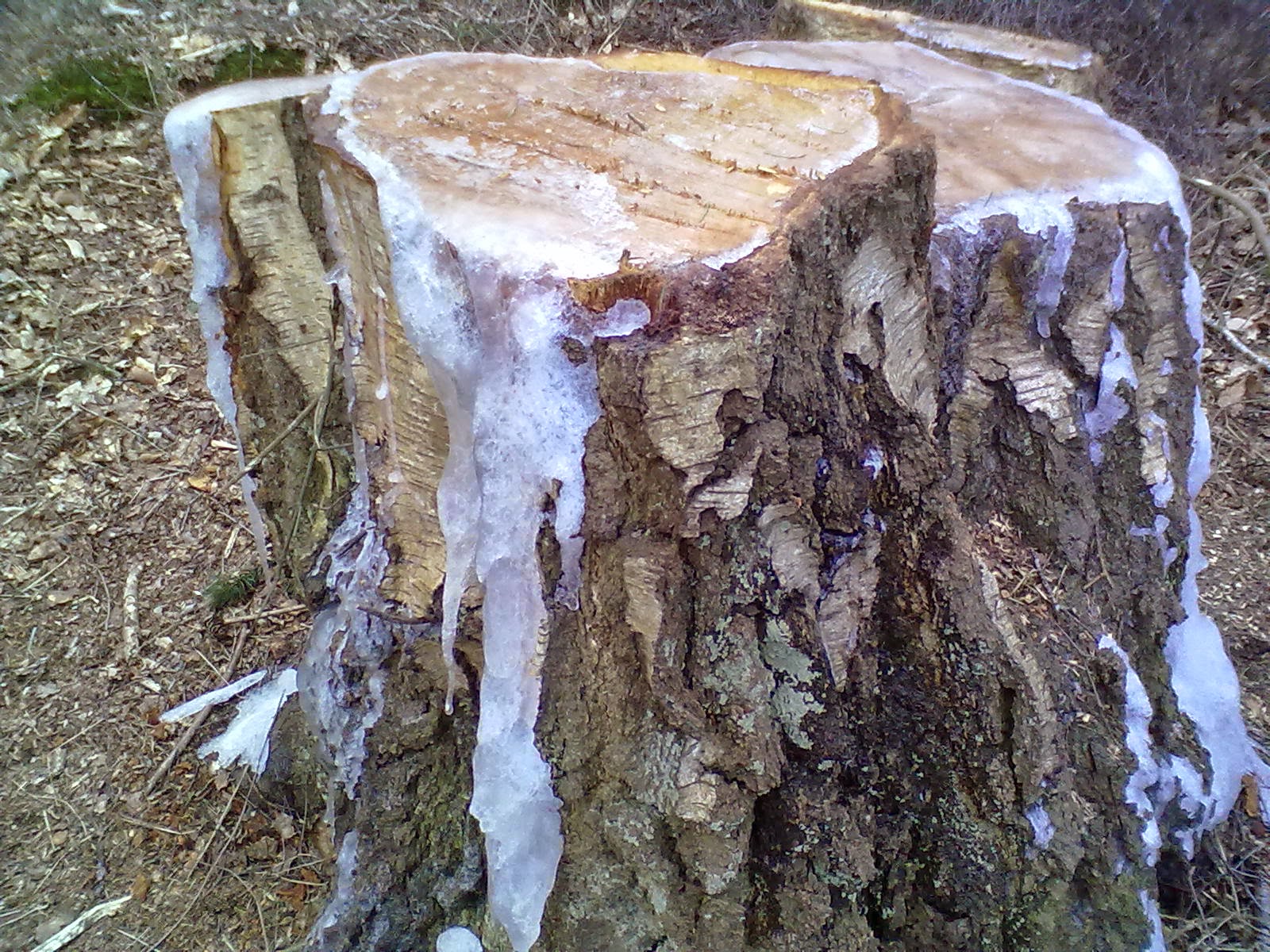 - here's a lovely photo of a Birch tree which was cut down in mid-winter, the sap flowed freely and then froze.

It's part of a plantation in a local wood which was undergoing management, not a garden tree, in case you wondered!

...and Magnolia, most Acers, and some of the big climbers such as Virginia Creeper and Boston Ivy.

But now that spring is properly here, it's safe to do a little work on them, which in this case involved removing a couple of seriously dead branches, and shortening one perfectly good branch that was sticking right out over the path.

Having removed the branch, I was left with a fairly straight piece about 3' tall, stout, and with a nice flat end, where I had neatly sawn it.

So I used it to prop up one of the outlying branches, thus reducing the need to cut it back. 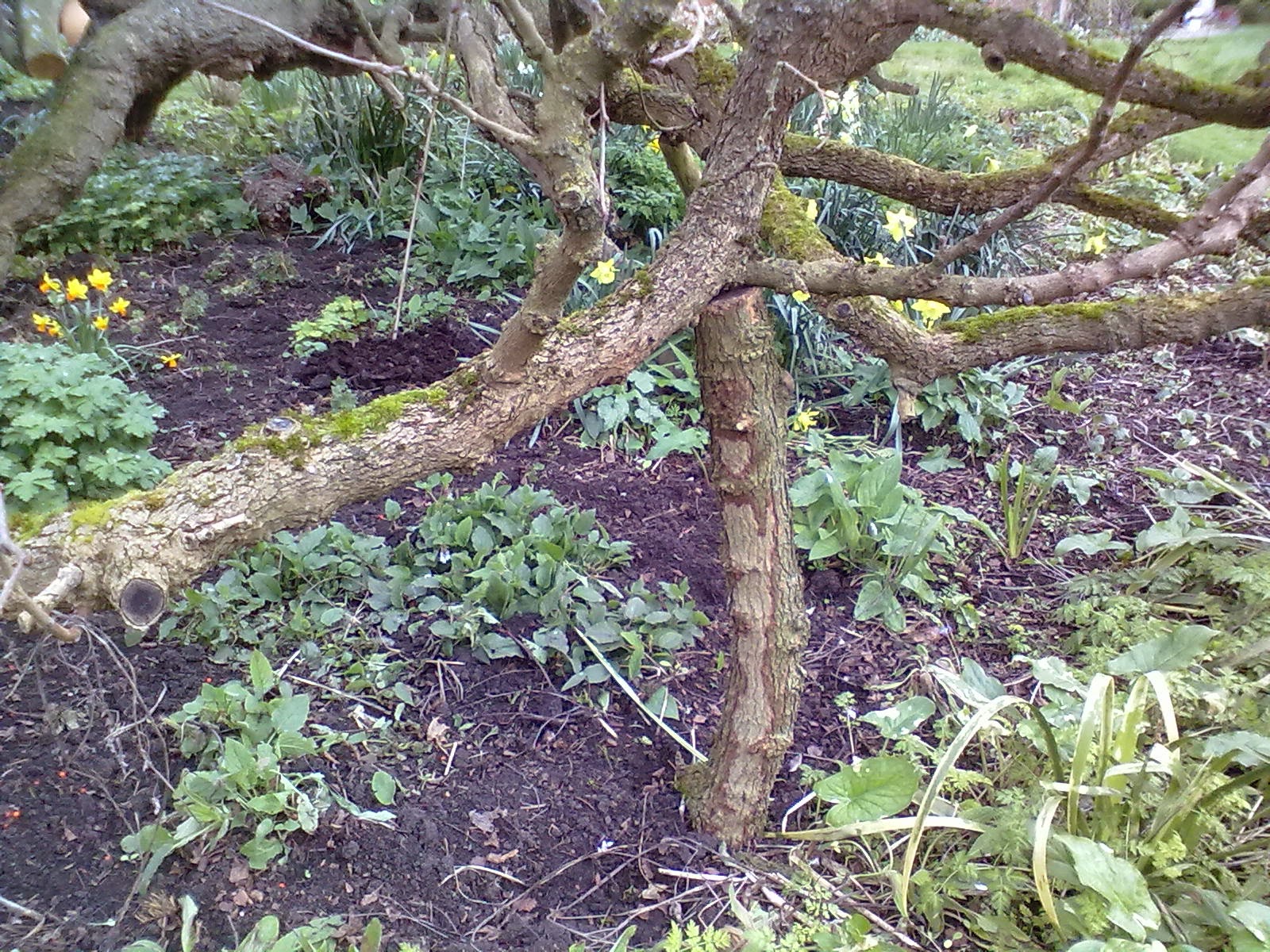 I found this arrangement very pleasing! Much nicer than the usual horrible mass-produced wooden fence posts that I usually end up having to use.

Best of all, the Client was so pleased with the effect that I have been given permission to raise a few more of the branches in a similar way, so now I am looking at the trees out in the paddock with a new eye....

Posted by Rachel the Gardener at 11:02