How to: Cut back Aquilegia

Aquilegia - also known as Columbine, or Granny's Bonnets, a staple plant of cottage style planting, and a generous self-seeder.

There's nothing quite like a mass of them to create the pretty, frothy effect so sought-after in informal planting, but left to their own devices, they can take over your borders and can become quite a nuisance.

My "management style" for this plant is two-fold: firstly, after flowering, cut them back and cut them back hard;  and secondly, buy named varieties, and be ruthless about weeding out the seedlings, as most of them will revert to the usual blue.

Which is not to say that blue is bad, of course, but why have the plain old ones, when you can buy really beautiful ones?

Here's a selection from Chiltern Seeds: I'm not specifically recommending them, just using their picture to illustrate the variety you can have these days: 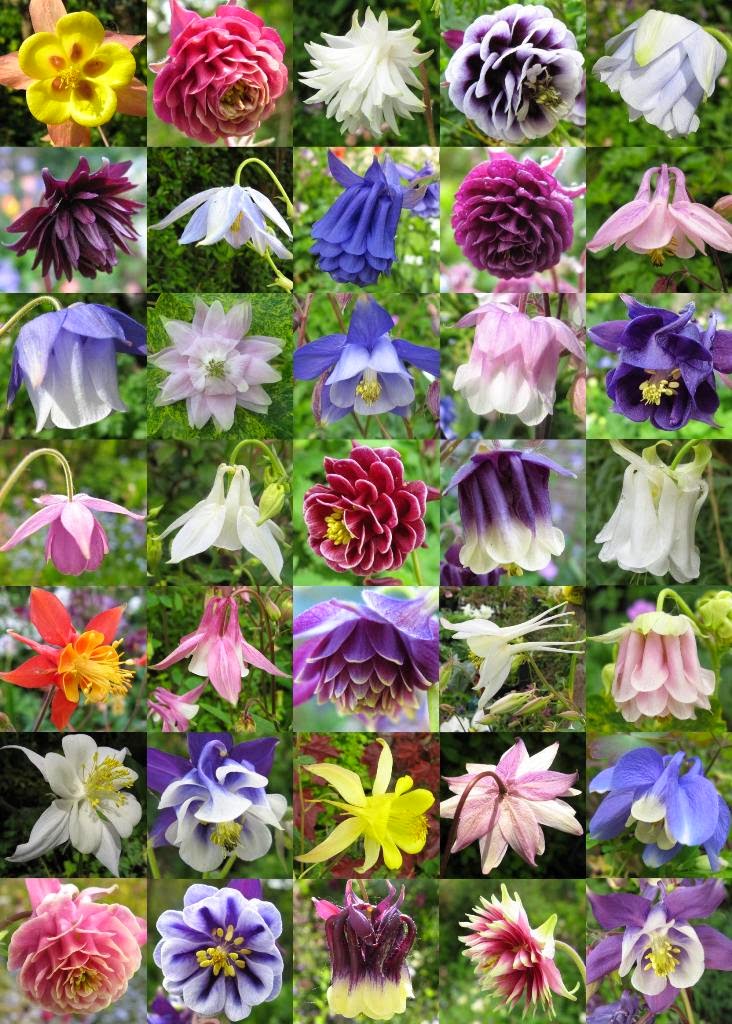 So that's my second piece of advice - buy some lovely ones to start with, and weed out any seedlings.

Or, should I say, leave a few seedlings but weed out most of them, especially the ones which pop up too close to other plants. Sadly, these beauties above won't come "true" from seed, but you might get something interesting.. or they might all come up plain blue, who knows!

Working backwards, then, my first piece of advice is in respect of dead-heading. Most people are far too gentle with their dead-heading, and just nip off the actual dead flower. This leaves an unattractive blunt stem sticking up, which does no-one any good.

If you leave it at that, then in a month's time you'll have a mound of mostly dead foliage, looking battered and untidy, but with some fresh new growth inextricably in amongst it.

So my method is to be ruthless: after you've taken out the flowering stem right down to the ground, cut off all the old leaves as well. 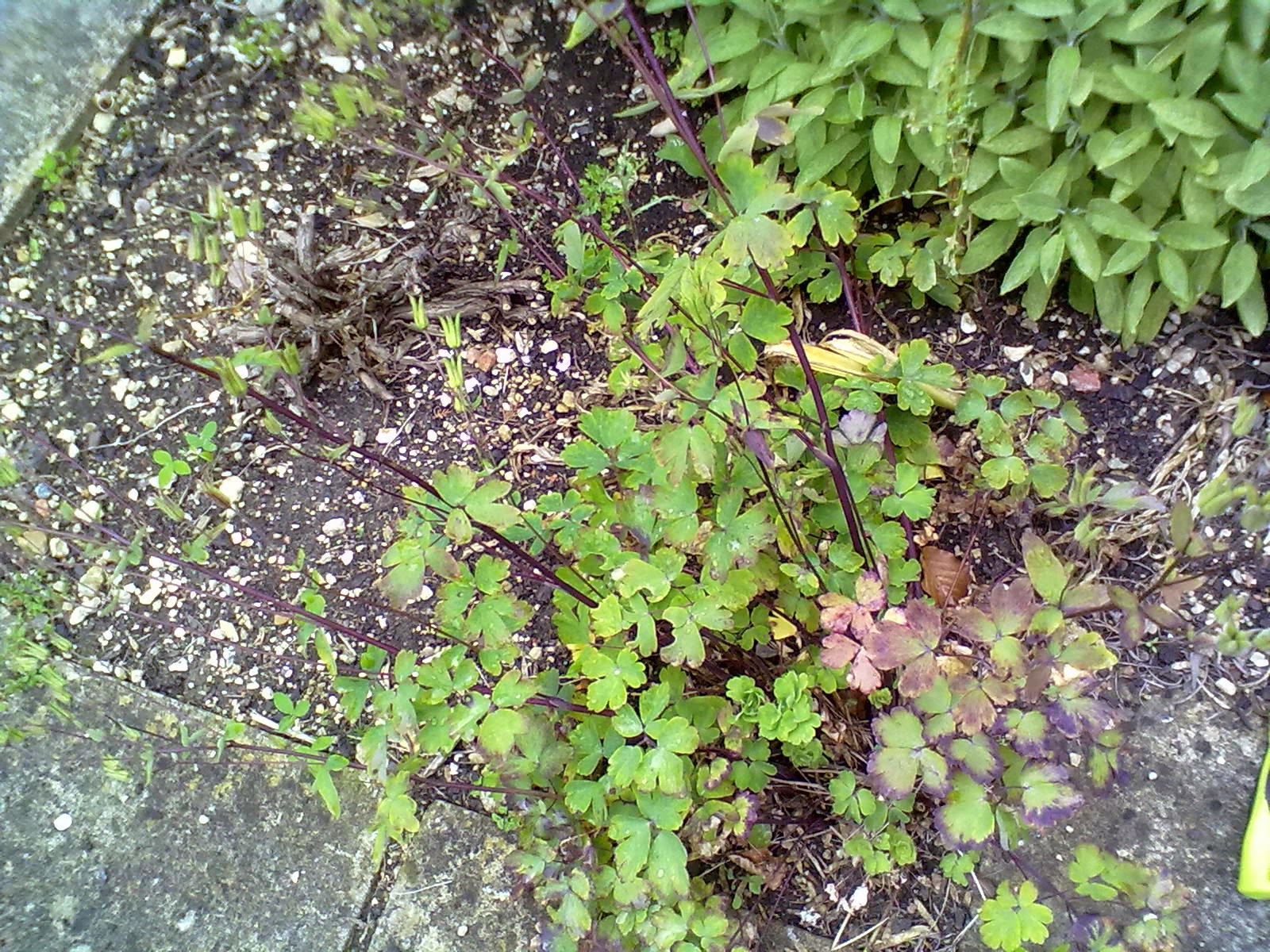 As you can see, a mound of somewhat tatty foliage, and some old flowering stems. 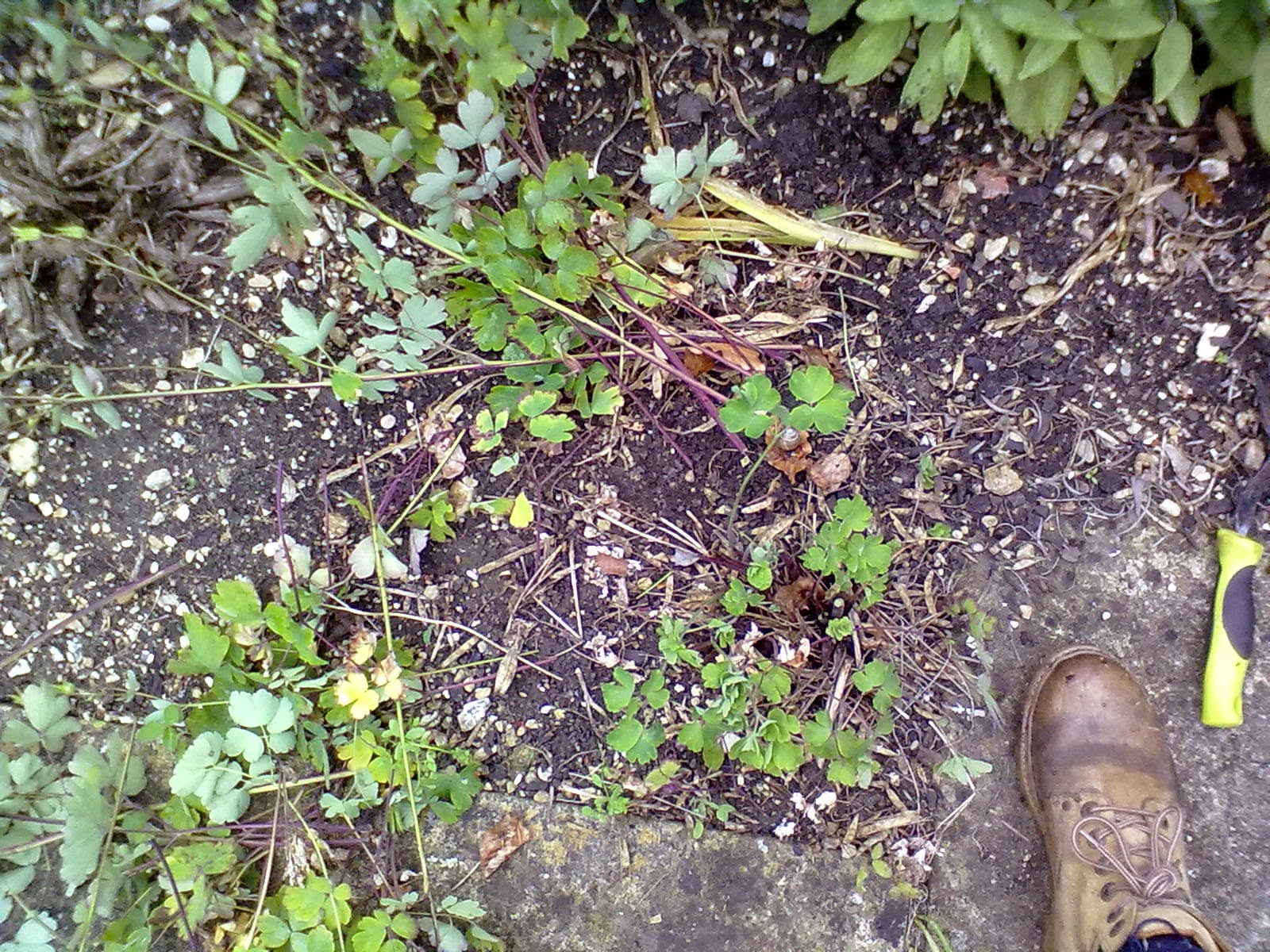 Stage one: cut out all the flowering stems, and also cut out the majority of the leaves.

The original plant is by my foot, there are two piles of cut stems and leaves, to give you an idea of what proportion of material is removed.

As you can see, all that is left is a handful of short, new, leaves. 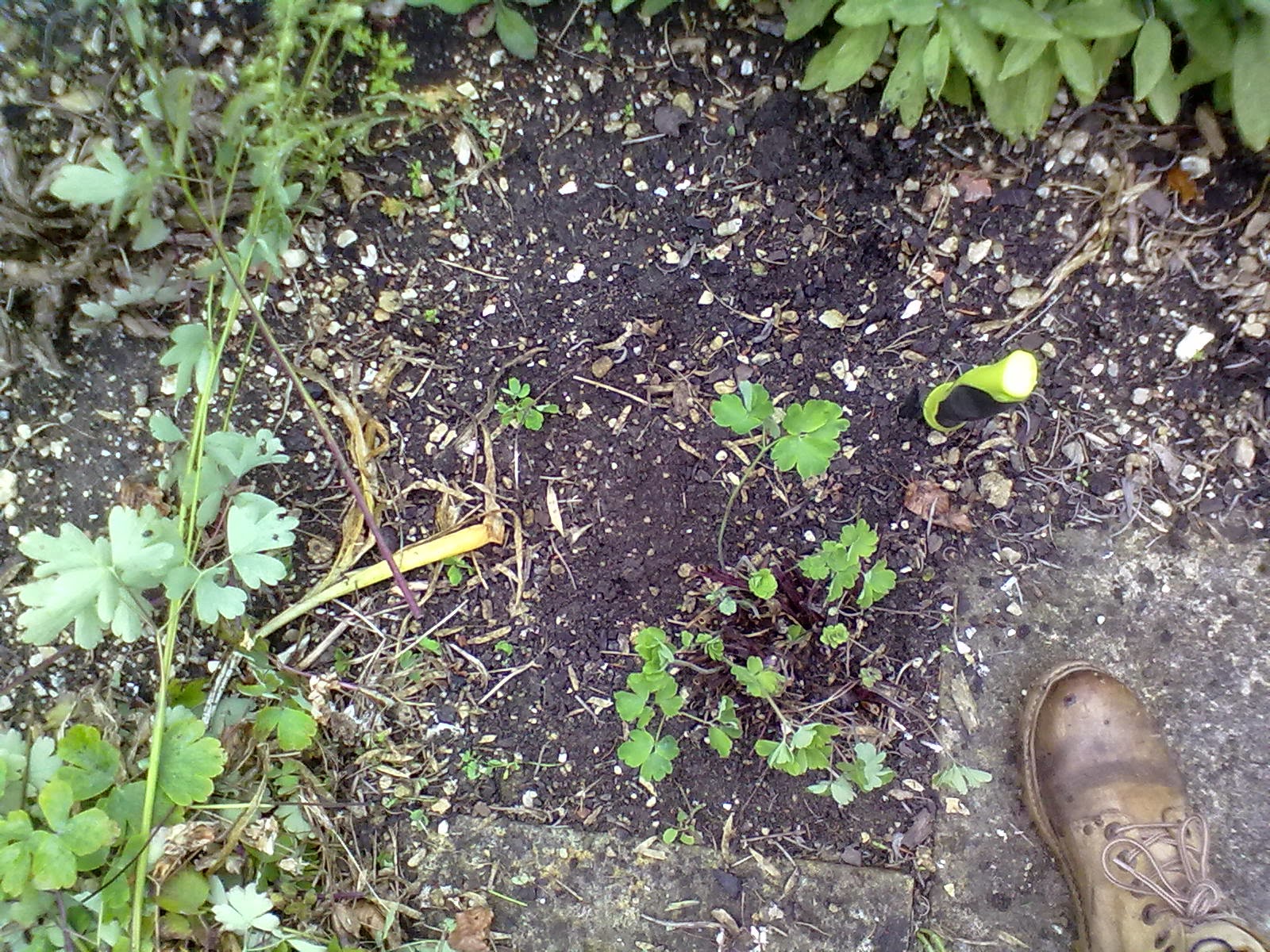 Stage two: rake through what is left of the plant with either your fingers, or a small hand tool.

As you can see, and as you would expect, I use my faithful Daisy Grubber for this operation.

Raking through removes all the dead material, and any leaves or other bits which have fallen onto the plant over the previous few weeks.

The result might seem to be heartlessly bare, but the plant will reward you by putting on a spurt of new growth, and in a few weeks you will have a neat dome of fresh new foliage, which will continue to look nice until the end of summer, when you repeat the process but even more drastically.

Posted by Rachel the Gardener at 13:37