Compost heaps - you're doing it wrong!

Well, there's not really any such thing as the "wrong" way to do compost, there are nearly as many ways as there are gardeners, and all of them work to some extent.

However, if you want top quality compost, quickly and easily, then it's worth listening to an expert.

Especially when people add a lot of grass clippings, despite my pleas...

A thick layer of grass forms a waterproof lid on a compost heap - this might surprise you, but just think for a moment about what a thatched house is roofed with. Yes, it's more or less grass, isn't it? Wheat straw, traditionally (now usually reeds, due to shortage of wheat) which is just a rather large form of grass.

Here's a perfect example of a compost heap that has been inadvertently piled up with too much grass: 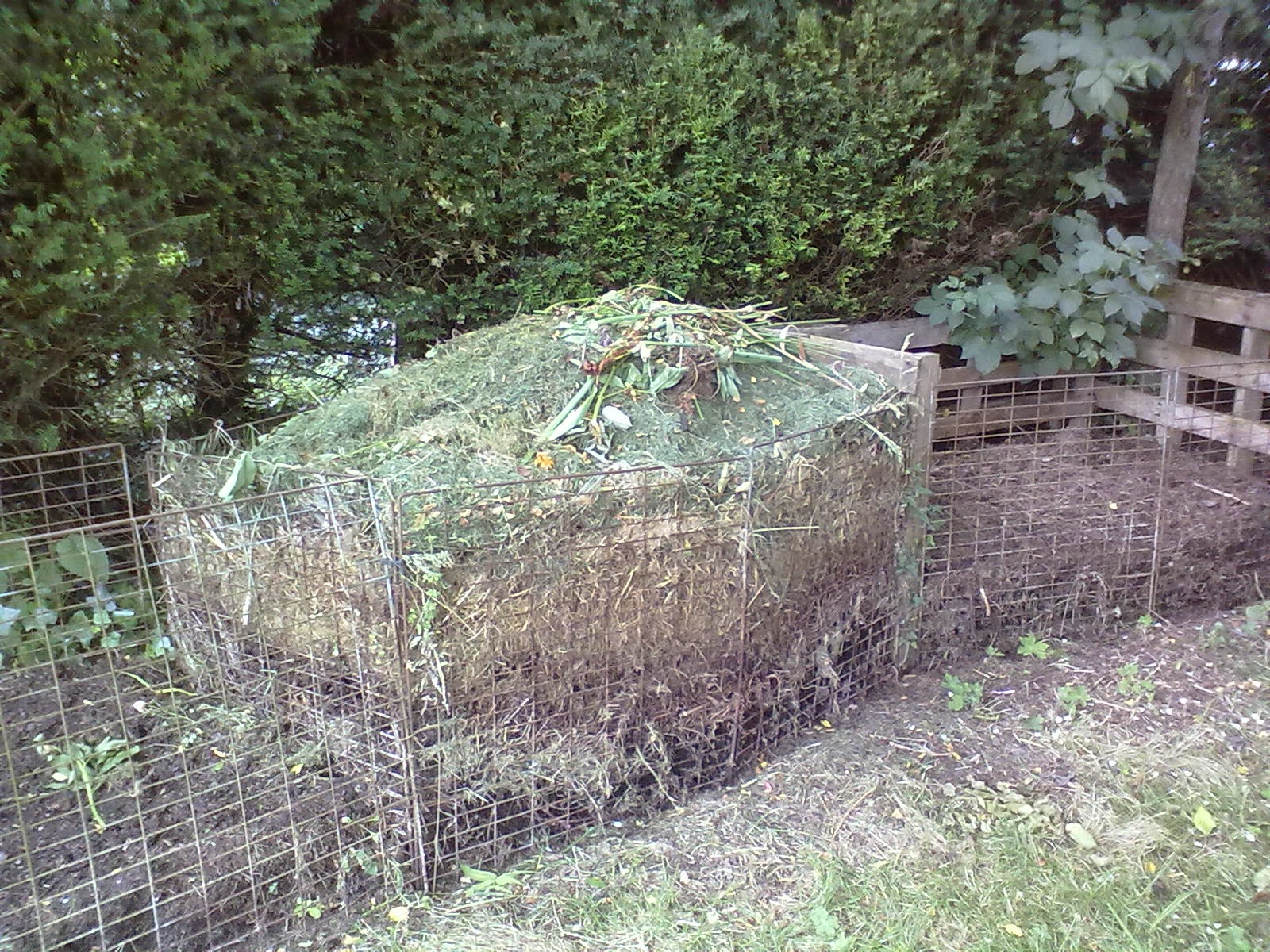 This is the typical "pyramid" shape which I see so much in gardens where I don't work.

And occasionally, in ones where I do work!

The problem is that the rain runs straight off the peak of the pyramid, leaving the contents bone dry, unpalatable to worms, and therefore not rotting.

As any of my Clients will tell you, I get in there and re-distribute it! 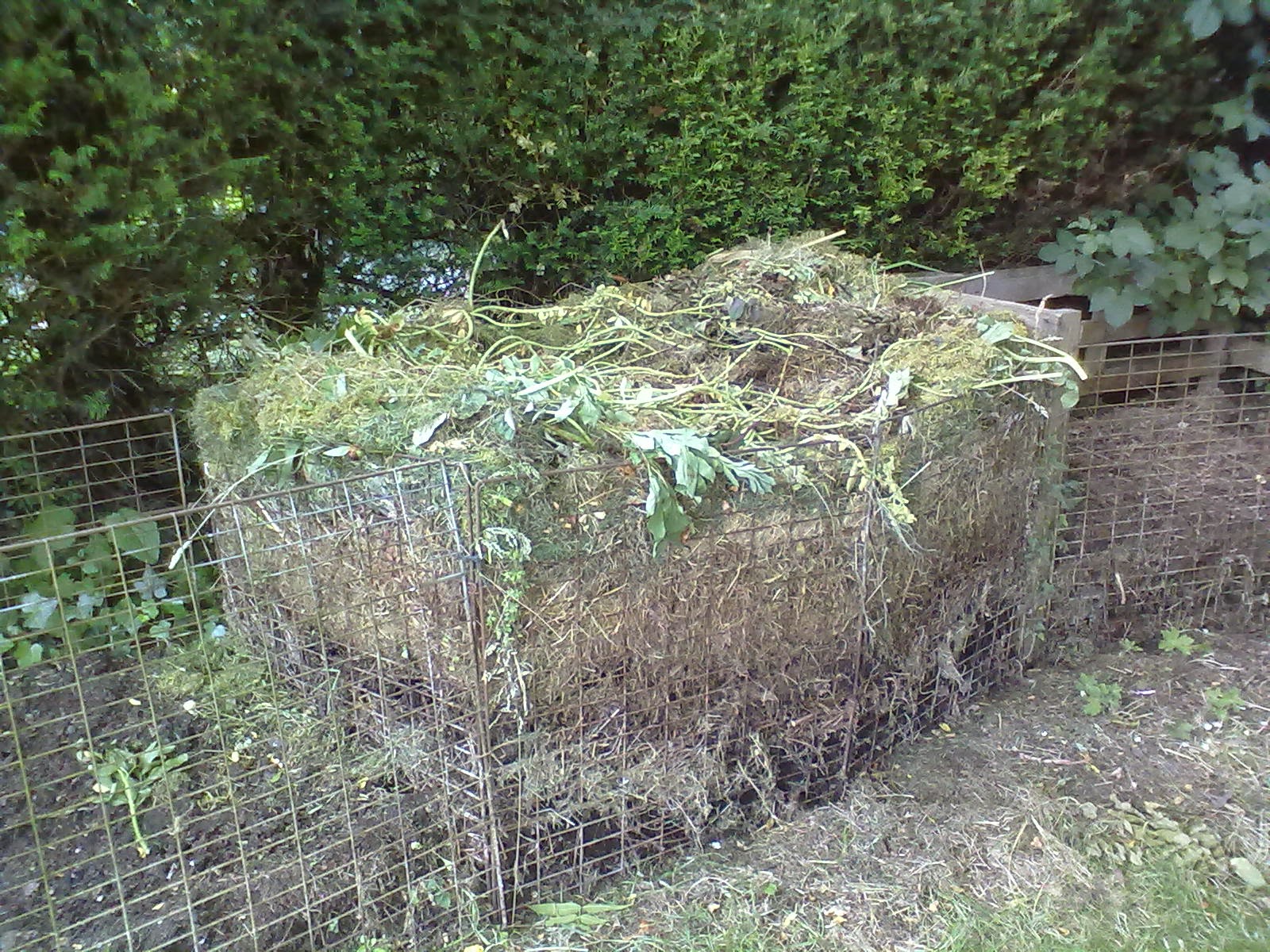 Here's the finished version: I have raked the "point" to the outsides, flattened the heap, stuffed material down in all the corners and the flat edges, tapered the top so that rainwater runs into the heap, not out of it, and I have also made several holes in the top layer, so that any rain can get in at various places, not just the very centre.

And if you are thinking that all this is not really necessary, I would point you to all the many Clients who have commented that they have never been able to make decent compost until I came to work for them. And now they all make so much "lovely stuff" that sometimes, we don't know what to do with it all!
Posted by Rachel the Gardener at 15:49