Well that's what I call pot-bound!

One of my Clients has a small decorative Spruce tree in a tiny, tiny pot: way too small for the tree, and so densely packed on top with roots that I can't even give it the usual solace of a top-dressing of new compost, as I can't get any of the old stuff out.

Worse, the roots have "risen" above the edges of the pot, so watering it has been almost impossible.

The poor thing has been dropping leaves and looking sickly, and all through this summer I've taken the time to trickle a little water onto it every time I am there, but it just can't soak down into the soil. Most of it just runs off, even after I stabbed a few holes in it vertically, to try to get some water down to the interior.

Two weeks ago I had had enough of this treatment, and suggested to the Client that the tree really needed either a much bigger pot, or to be planted out. As the Client is currently very busy and often working away from home, there isn't much time or attention to be spared for the garden (luckily he has the sense to allocate money to it, ie paying me to keep it nice!) so he took the easy option and told me to plant it out.

I found a good place, dug the 'ole, then wrestled the tree out of the plastic pot. 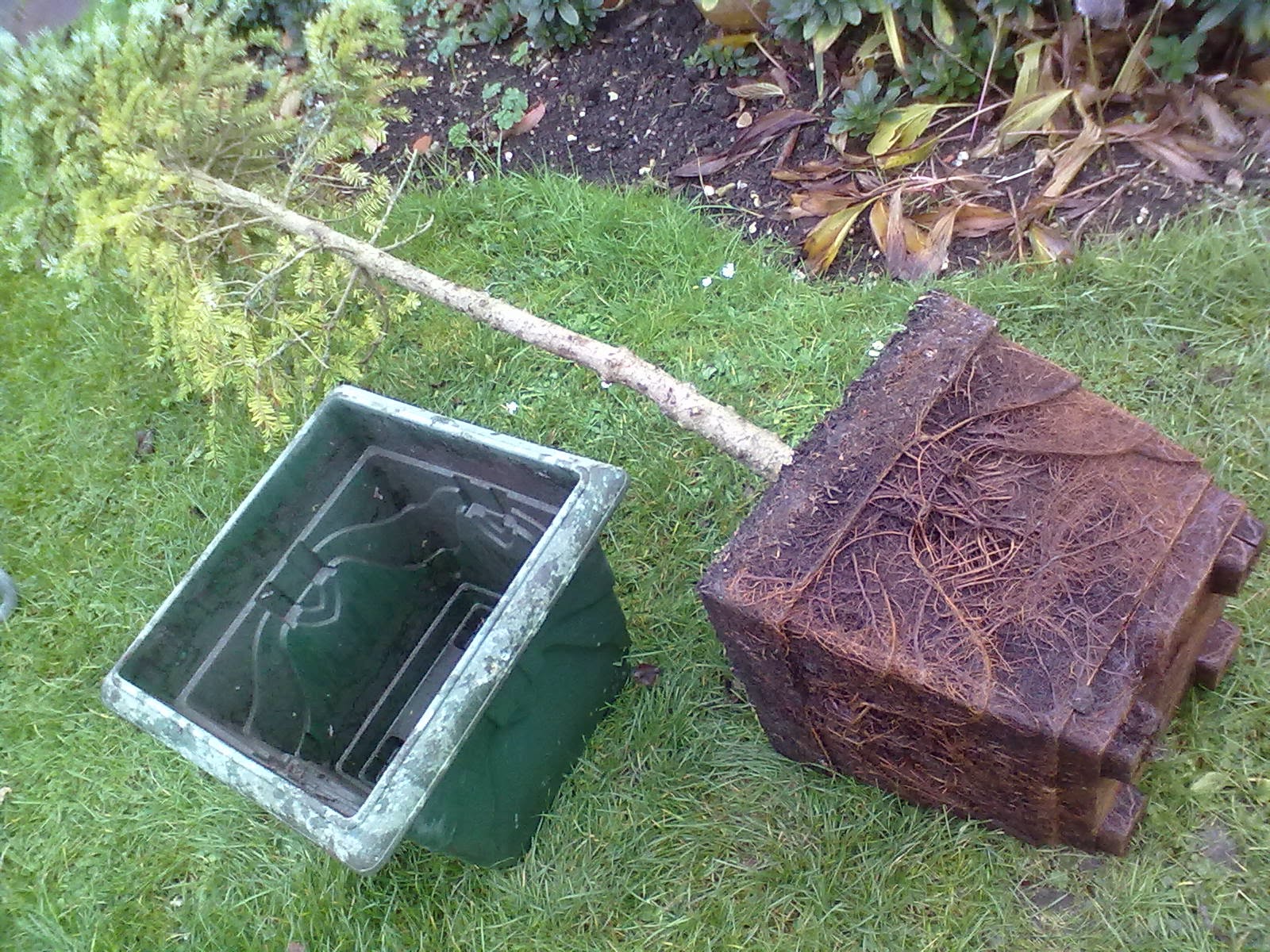 I don't have a "before" photo of the tree inside the pot, it was just too terrible to be shown on the internet.

But here it is after being liberated.

As you can see, the roots are so densely packed that you can actually see the pattern of the moulding from the pot, embossed into the rootball!

I don't think I've ever seen anything quite as pot-bound.

And I'm not even mentioning the long bare stem!! 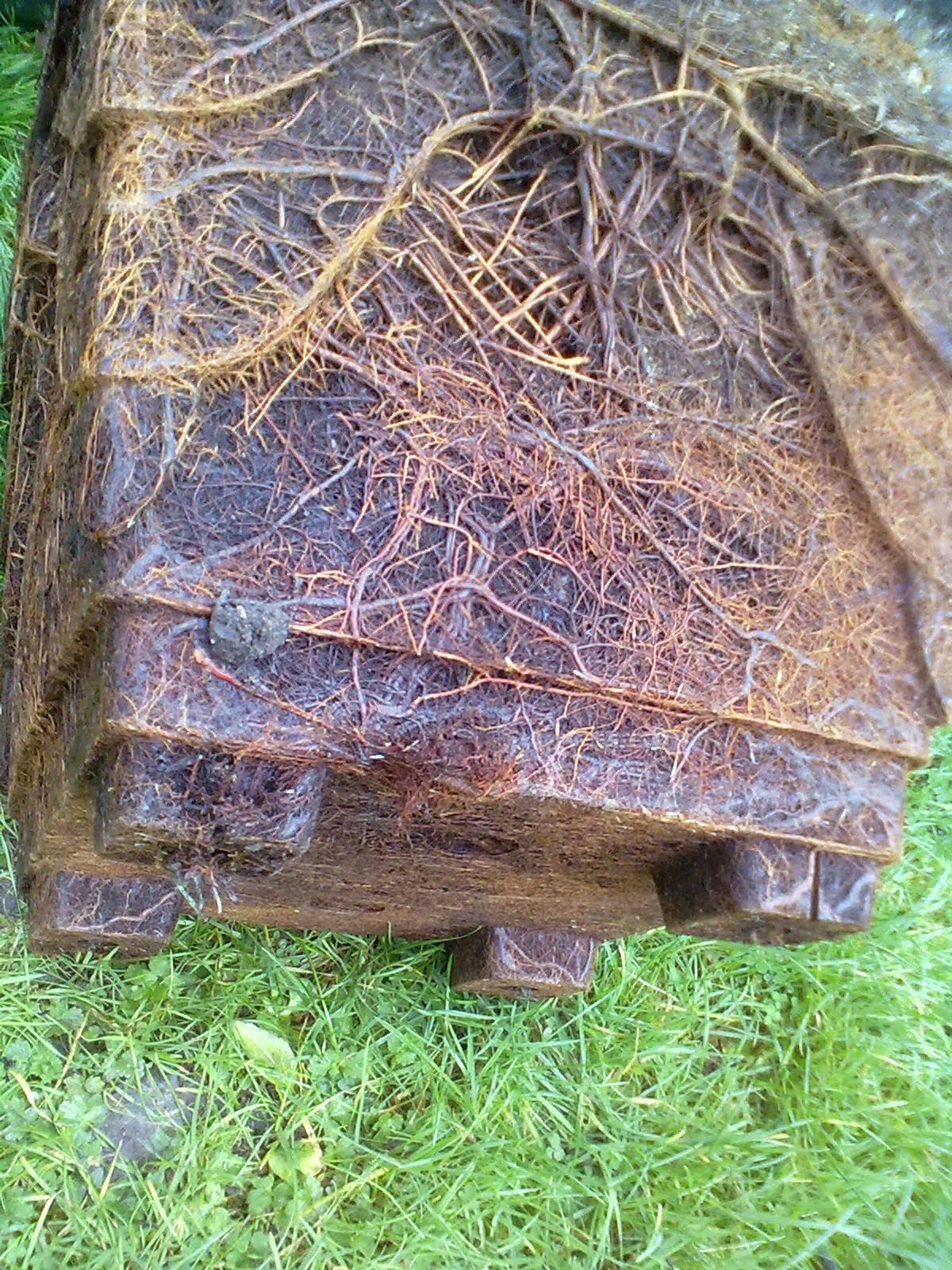 Just look at that - truly horrifying.

The only thing you can do with a root ball like this is to dig and lever away at the outside layer - not gently, you really have to go at it - with a handtool (I used my daisy grubber), to loosen the outer layers of roots, and to remove altogether the very outside ones, which are "glazed", hard, and dead.

Once this neat shape was reduced to a fluffy mass, I planted it out, watered it in well, added a thick mulch of home-made compost, and left it to settle in.

Hopefully, even this late in the year, it will respond by putting on some new leaves, and with any luck next year it will start to grow properly.

Posted by Rachel the Gardener at 18:06