Honestly, if grass had only just been invented, it would be hailed as a wonder plant that will grow in any conditions.

Just look at this: it's a corner of one of my Clients' lawns, the grass petered out over the old crazy-paving path, so several weeks ago I put a neat edge on it. 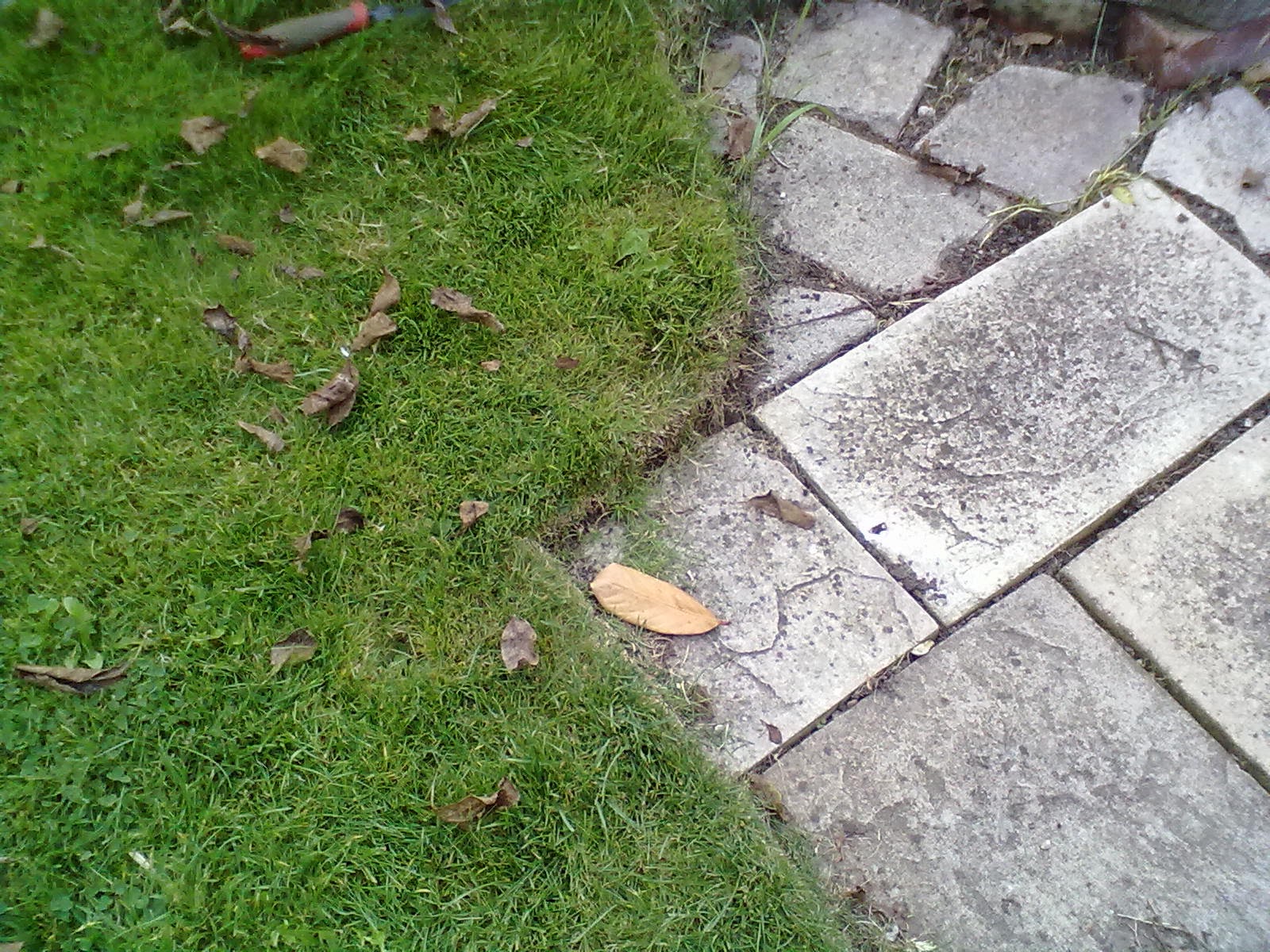 Last week, while I was edging the lawn, I wondered why the edgers would not slip into the gap between the grass and the paving, as they do elsewhere in the garden.

Closer investigation revealed that the grass was not firmly rooted in the normal manner, but was growing like a carpet, loose-laid over the slabs: here is the above rounded corner, lifted up - you can see by the dark stain where it used to lie. 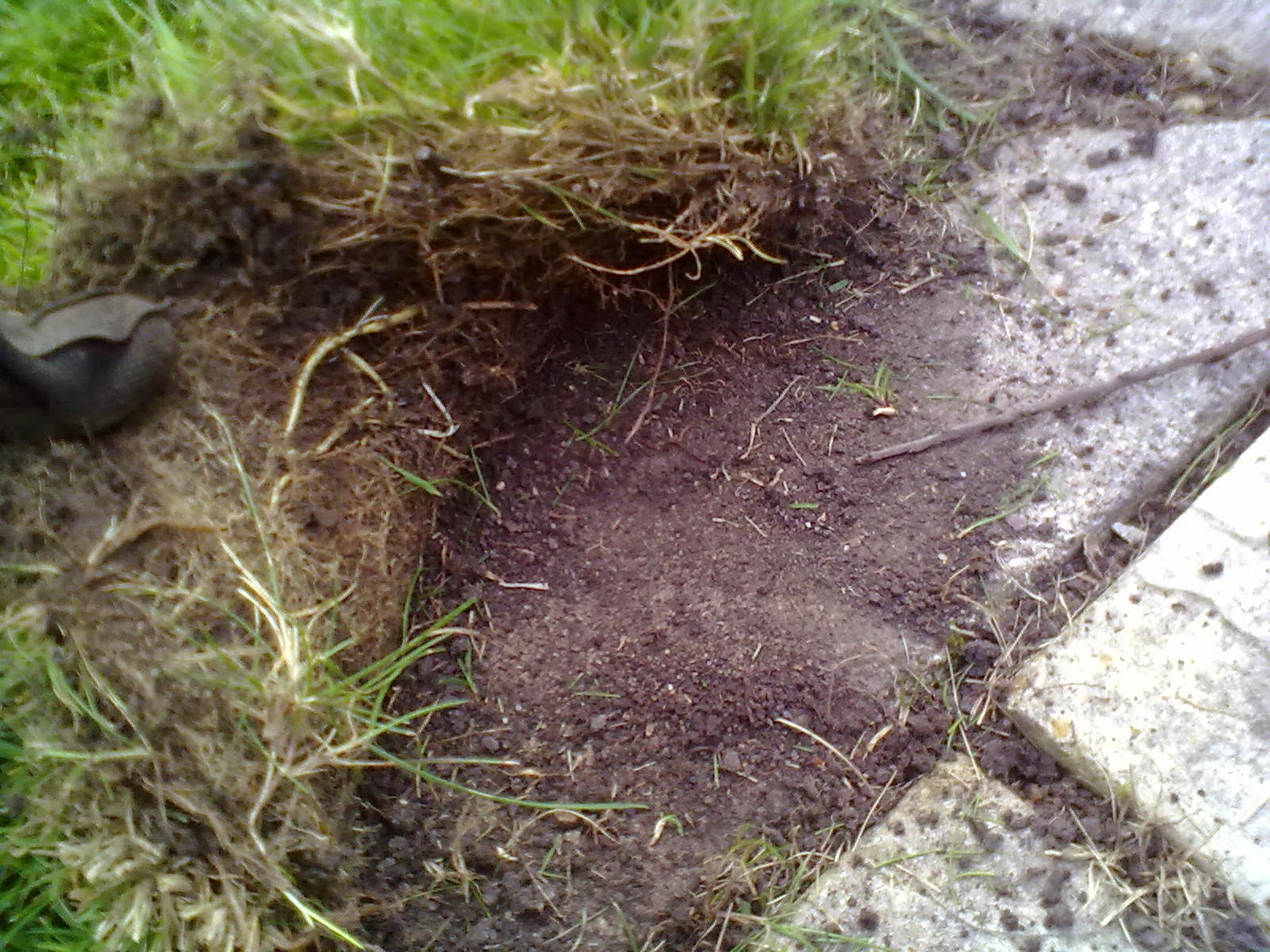 A little careful prodding with the daisy grubber revealed that the grass was only an inch deep over several square feet of what we had previously thought to be lawn.

And in fact on the other side of the garden, I discovered by probing that there was an entire path, nearly a yard wide, running at a very odd angle across the lawn to the patio from the side fence.

The Clients didn't know about it, and they've lived there for several years!

If you had asked me, I would said that grass grown over paving would be easy to spot, as it would be prone to going brown in summer due to lack of water access. However, I've been there for two summers now, and I certainly didn't notice any change of colour or quality and, as I said, the Clients themselves had no idea it was there.

So there you go - if you have a large area of ugly paving, or old cracked concrete, and you don't have the funds to dig it up, don't bother: turf over it!

PS DISCLAIMER: please don't hold me responsible if you try this and it fails...  and if you do try it, modern turf is now shaved off very thin so I would recommend adding at least an inch of fairly good soil under the turf, and keep it very well watered for the first few months.
Posted by Rachel the Gardener at 14:51