A rose by any other name...

... would smell as sweet, as Shakespeare said, but it's a bit annoying when a rose that is bought for its colour turns out to be a different colour altogether.

One of my Clients decided earlier this year to clear out their narrow front, road-facing, bed, and transform it into a simple rose bed. They bought six new roses, two each of three colours, and we planted them in the new bed.

The plan was to have two white ones, two yellow ones, and two coral/orangey ones.

But look what happened: 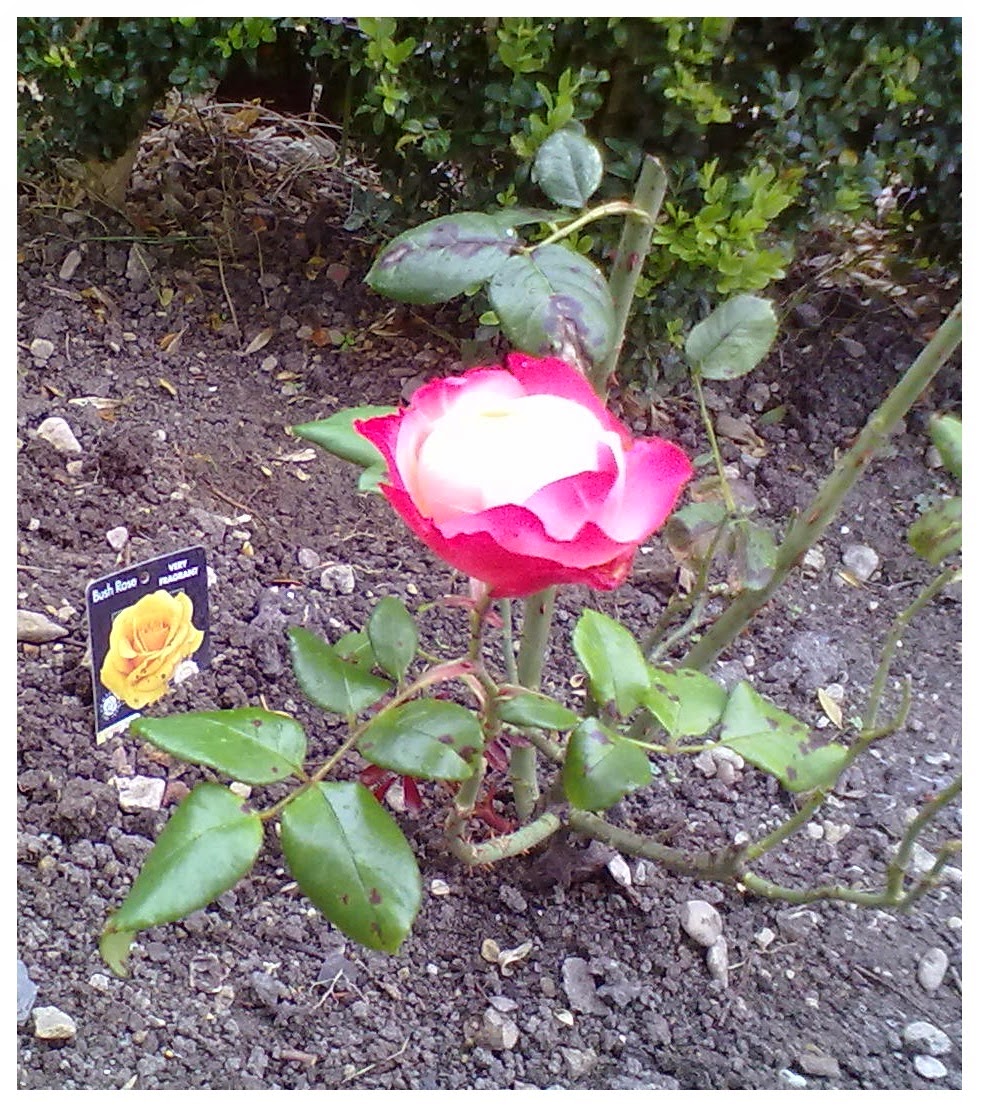 There's the label, in the ground - it's clearly supposed to be a yellow rose, like the other one of the pair.

But what colour do you call the roses? I'd say red, rather than yellow, wouldn't you?

It wasn't a sport, all the flowers on this plant came up the same: I have in the past seen established rose plants throw out the occasional wrongly-coloured bloom, but in this case they were all the same.

Luckily the Client rather likes it, and although it (in my opinion) spoils the symmetry of the bed, they have decided to keep it.

But it does show that even professional rose growers get their labelling wrong sometimes!

Posted by Rachel the Gardener at 11:12