Why would you plant ivy in a pot...

... to prevent the roots spreading too far, presumably!

Found this when I was removing a decorative large-leaved ivy: 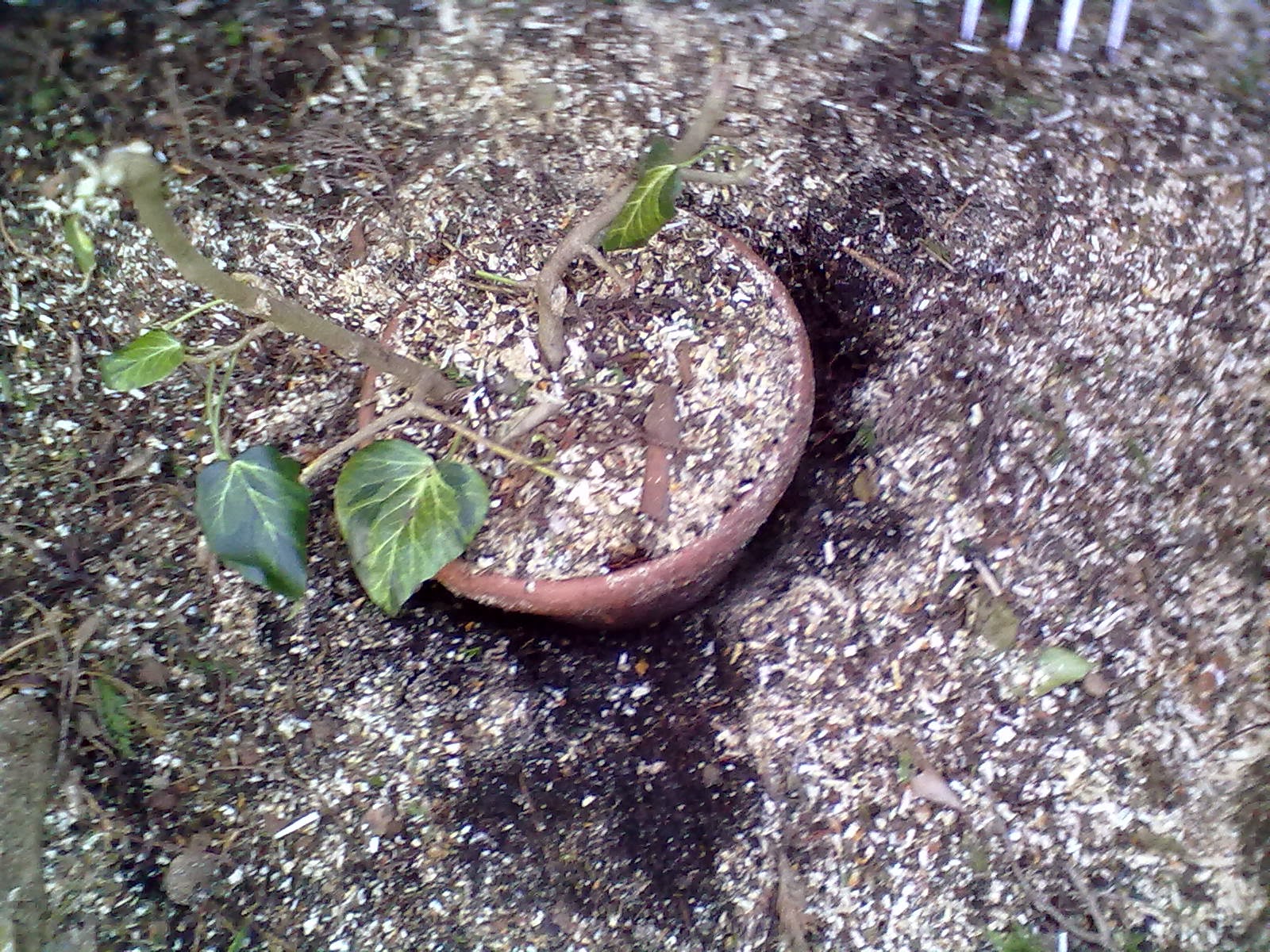 A large tree had been removed down to a low stump, hence the "snow" of sawdust, and in preparation I had chopped the ivy down to about two feet off the ground, not realising that it was buried in a large terracotta pot.

This made it moderately easy to remove the plant - I just slid my fork down the outside of the pot and gently levered until the roots below it gave way. 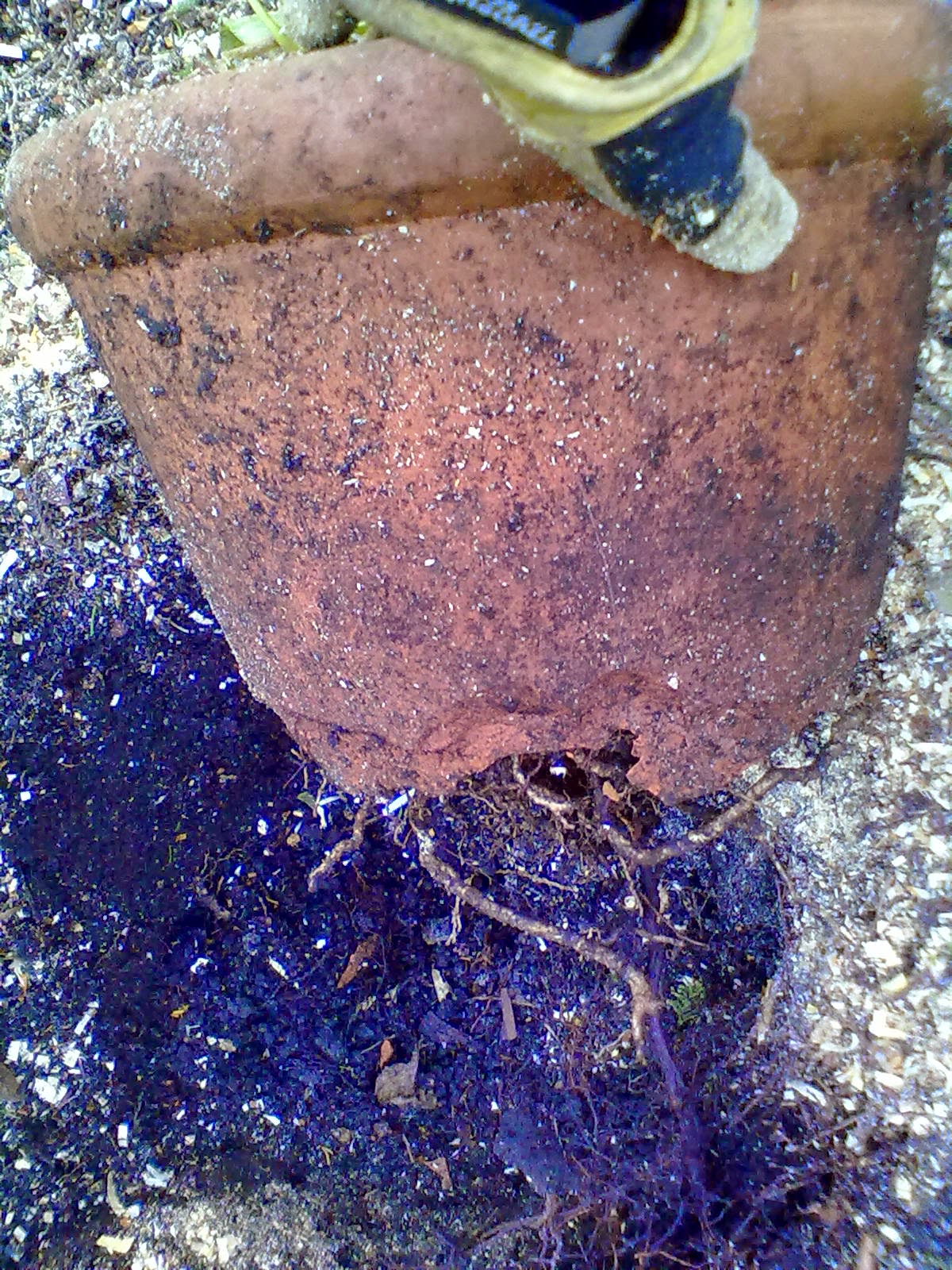 Out came the pot, out came the roots, and there it was, all ready to be moved elsewhere in the garden.

This technique is called "plunging", where you have a plant in a pot and quite literally  just plunge it into the soil.

Usually, this is done with the intention of lifting it and planting it properly at a later date: often, plants in pots are plunged in autumn, to keep the roots safe from frost over the winter. Then, when spring arrives, the plant - complete with pot - can be lifted easily, and then planted - minus the pot - in the final location.

But in this case, the bottom had been removed from the terracotta pot with the clear intention of letting the ivy roots grow into the soil, in order to access the water bank of the soil, but in such a way as to restrict their growth.

Not a bad idea: I've planted mint and bamboo in "hoops" to prevent their spread (not together obviously)  but I haven't previously done it with ivy. It certainly makes it a lot easier to dig it up!
Posted by Rachel the Gardener at 10:03