Almost one year ago to the day, I wrote about a poor little specimen of a weeping Salix that had been neglected and brutalised, on a nearby Tech Park.

This is what it looked like when I found it: 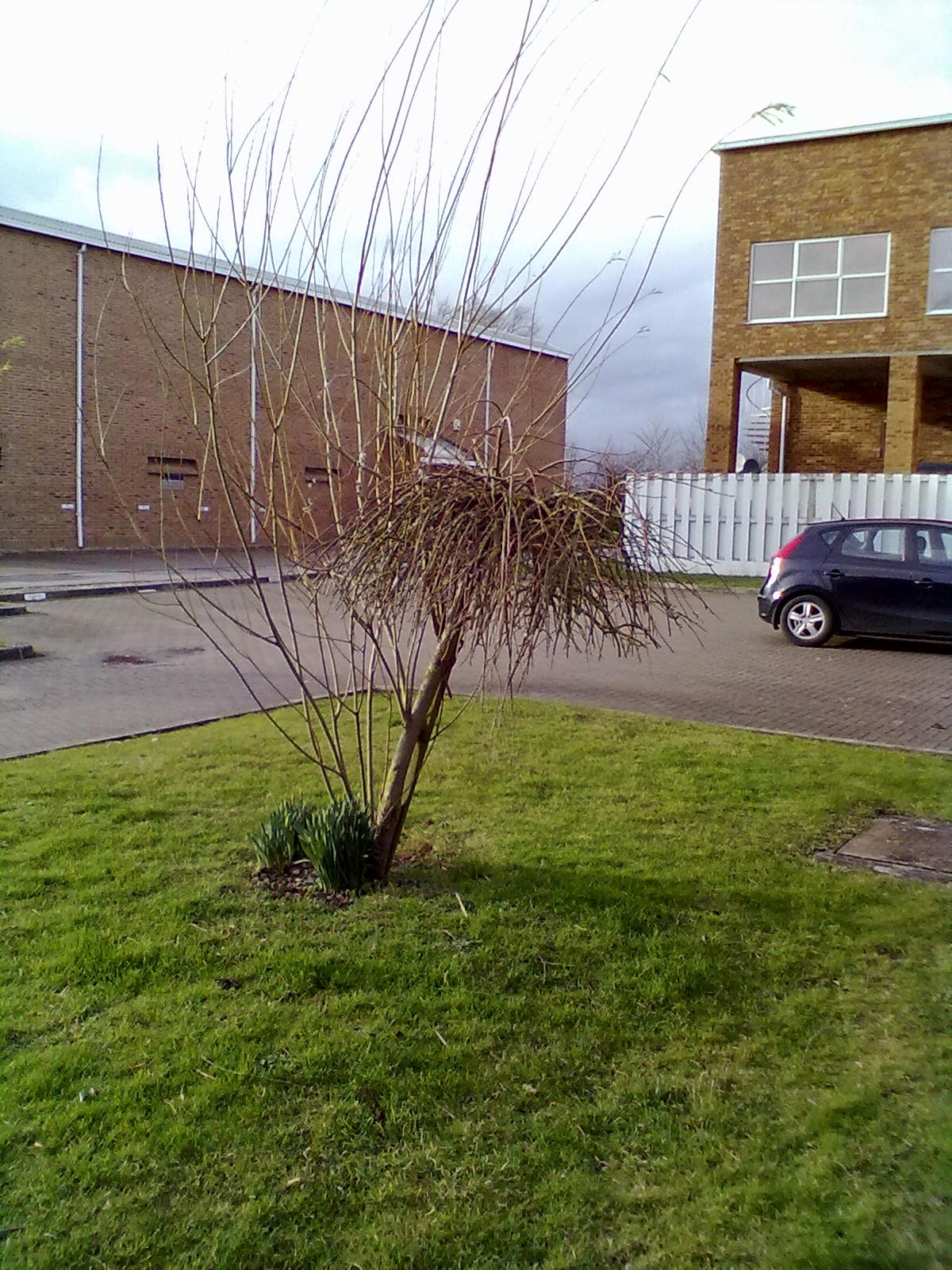 The rootstock sprouts were twice as big as the proper tree, the sad remainders of the weeping branches had been pudding-bowled, there was a ruff of weeds around the base, and the less said about that stake, the better.

Having obtained permission from the groundsman, I set to work on it: removed the "wrong" growth, removed dead and damaged top growth, tidied and balanced the little that was left, weeded the base and untied the stake.

Success was forthcoming, as is shown in the series of photos below:

Full story here, but that's the gist of it.

I was back there yesterday, and delighted to see that "my" little tree was looking lovely, with fluffy pussy-willow buds already breaking open: 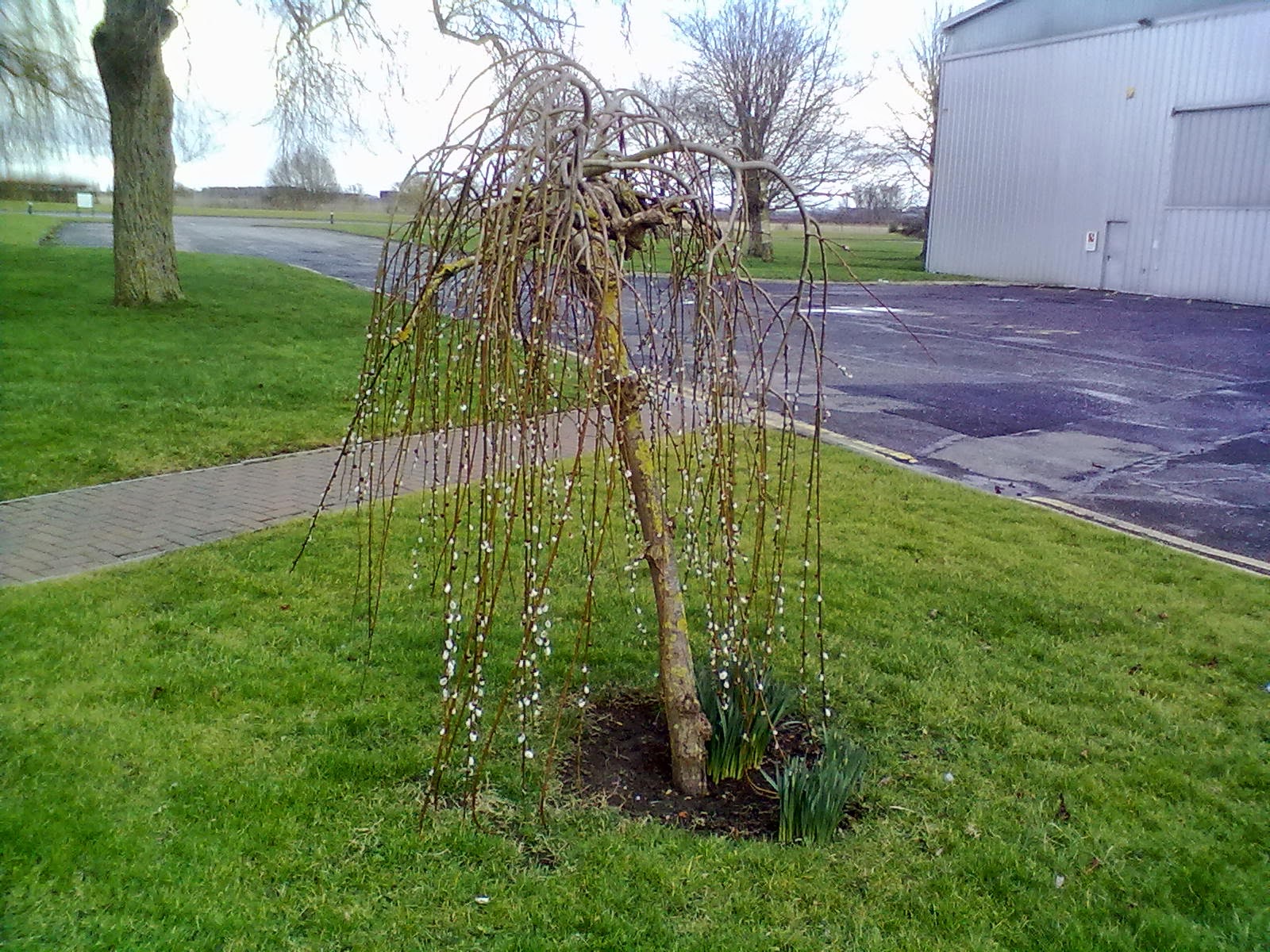 This photo was taken from the other side, just to confuse everyone.

This photo clearly illustrates the "light airy waterfall" effect that should be aimed for.

I will be keeping an eye on it through the summer, and I'll prune it again to keep it small, light, and clear of the ground.

I'm proud of this tiny bit of guerrilla gardening: I have personally saved a small tree, I experience a glow of pride every time I go up there, and I live in hope that some of the Tech Park occupants might, in some small way, be pleased to see a nice-looking tree on the edge of their car park again, instead of a tangled mess.
Posted by Rachel the Gardener at 09:11