Ferns: Time to cut them back.

It's been such a mild winter that many of the ferns around the garden are still looking quite lush, but eventually there comes a point where the old fronds start to go brown, and look bedraggled.

It is also nearly the point where the new shoots will start to unfurl, and it's important to clear away the old shoots without damaging the new ones, so I've been doing Fern surgery all week.

Here's one I did earlier: 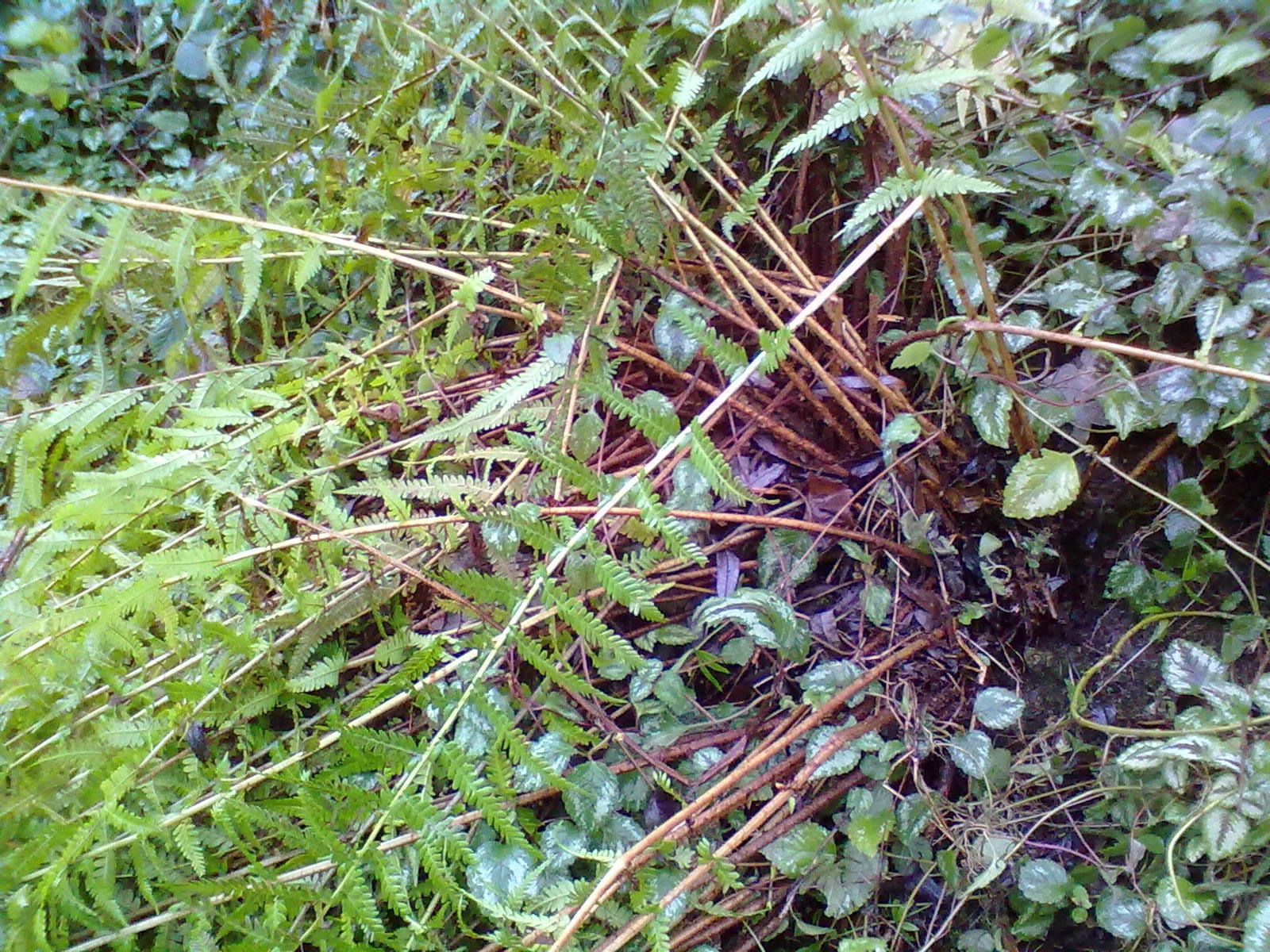 This is what it looked like - very typical of the normal garden fern, one of the Dryopteris family: the long fronds are flopping over, and going brown at the base.

In this case, it is also being swamped by Lamium or deadnettle, which is grown here for groundcover, as it is a steep bank.

I'm not keen on letting the lower storey planting swamp the ferns, as they tend to root themselves within the fern: so this annual clear out is a good chance to pull back the Lamium and give the poor fern a bit of a breathing space! 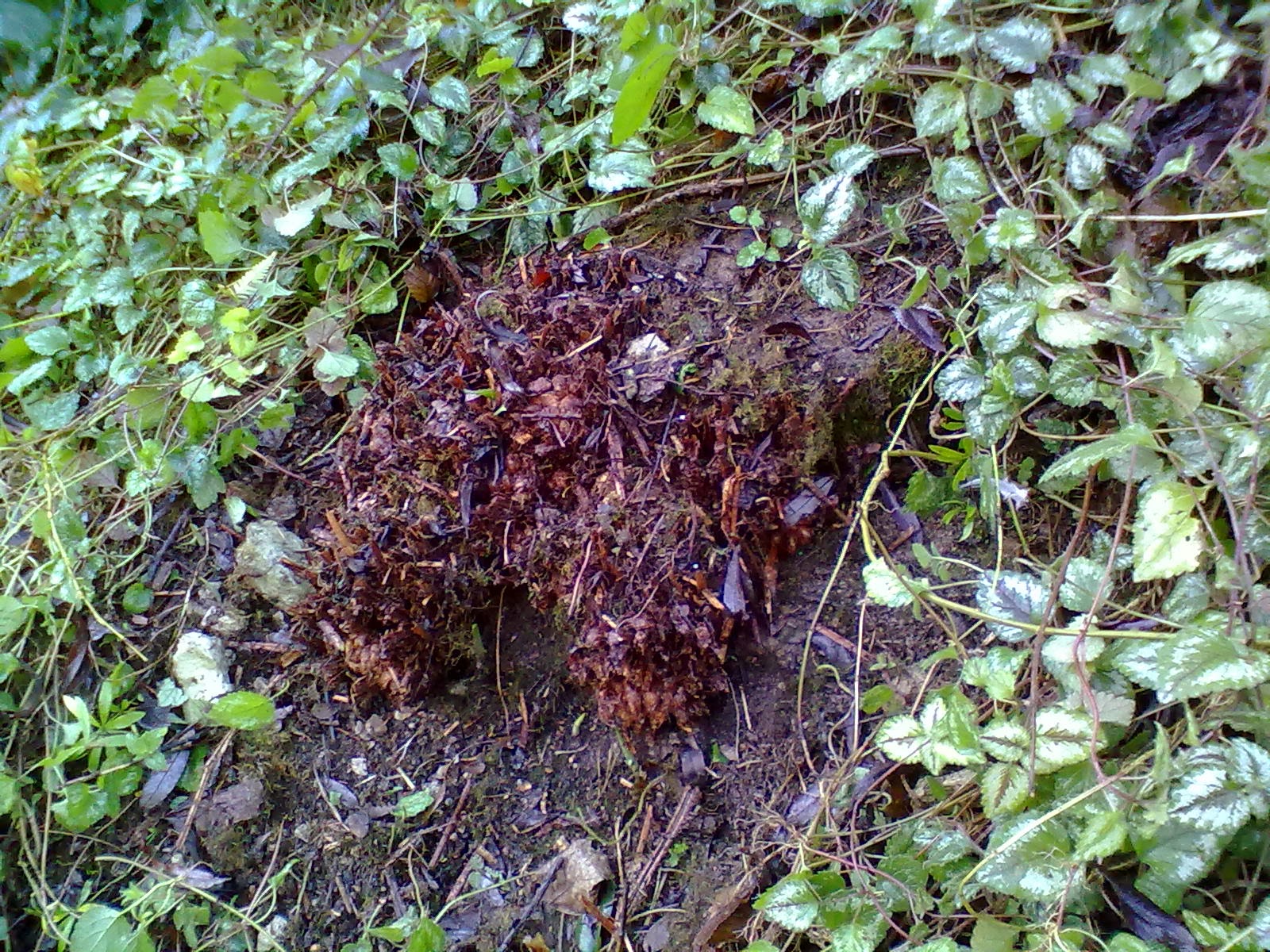 All you do it get the secateurs, and carefully clip back each frond, as far back to the base as you can.

This is what it looks like afterwards: a bit bare and brown, but you can just about see that the new fronds are starting to swell.

In this particular case, I also cleared a space all around the fern, uprooting the Lamium, removing any other weeds, and generally giving the fern a bit of elbow room.

It won't be long now before the new fronds start to uncurl!
Posted by Rachel the Gardener at 09:38