Bamboo - how to thin out an overgrown clump

Bamboo is a fabulous plant, but even a favourite specimen can get out of control.

There's a simple solution to this problem - in fact there are two! You can either dig out sections all the way round the base of the plant, thus reducing its size (and providing some handy offsets for planting elsewhere, or for potting up and selling/swapping) - or you can just prune it.

Here's one I did earlier: my Client thought it was crowding out the Mahonia, and flopping too far over to the right: 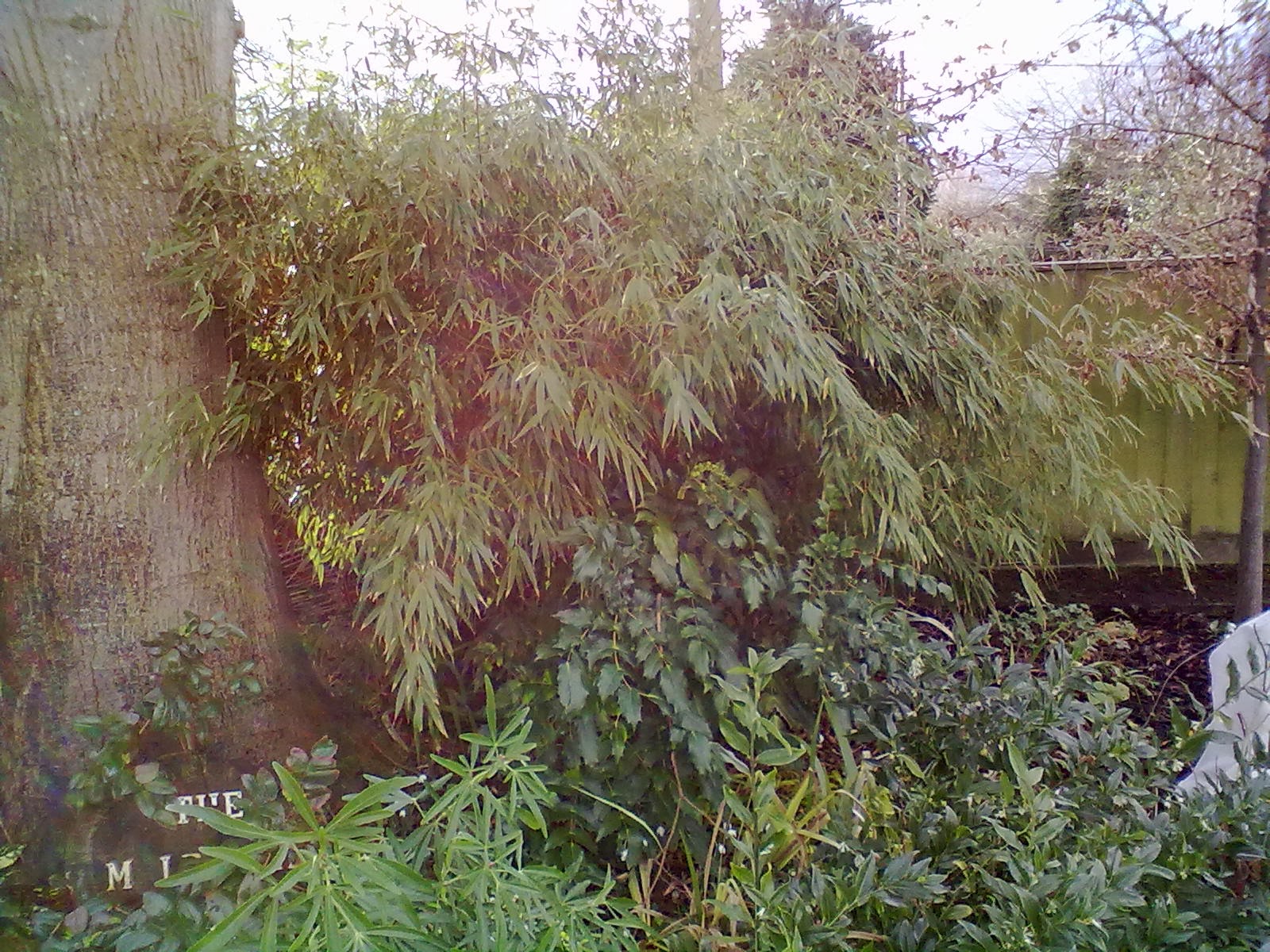 So I crawled underneath on my hands and knees, armed with my new lilac secateurs (more of them next time), to have a good hack at it.

My principle in these cases is to push a hand in through and across the clump, to separate out a slice in the desired direction: in this case, I wanted to reduce the front, so I divided out a good 6" slice, and bent them gently downwards to see what the effect would be.

As it looked about right, I then simply cut all of those stalks off, as close to the ground as I could.

I then did the same for each side, but the back didn't need attention. Here's the result: 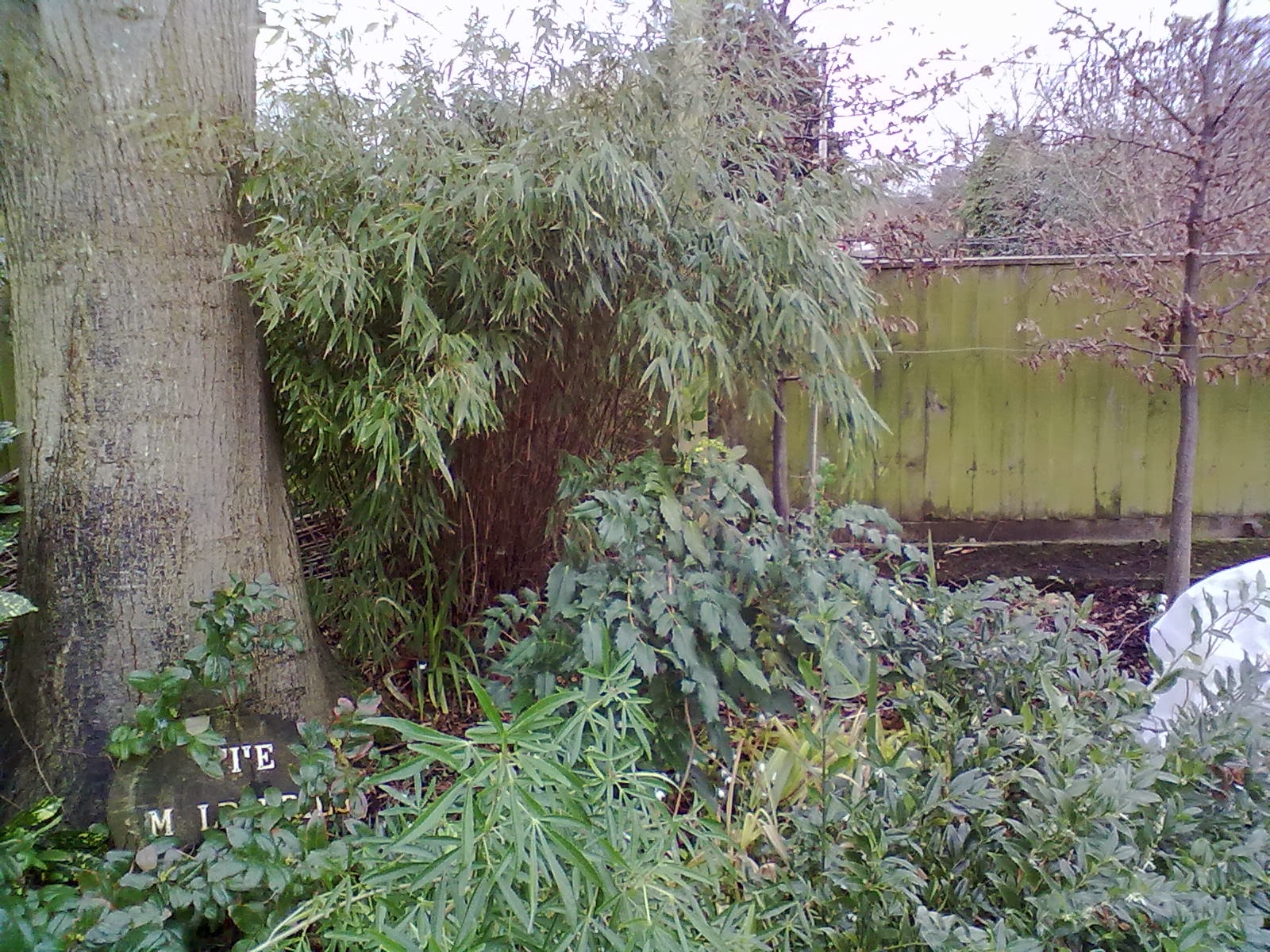 The overhanging fronds no longer brush onto the Mahonia, we can clearly see the trunk of the Elm on the left, and although it's not as clear from this angle, the bamboo is now clear of the pleached hedge as well.

The Client was very happy, not least because you can now see the stalks of the remaining fronds.

This was somewhat accidental - as they had been at the "inside" of the clump, they had very few stem leaves, and I suspect that by mid-summer, those bare stems will be well-clothed.

I'm not a great fan of stripping off the lower branches of bamboo, as is frequently recommended these days, in gardening magazines: I prefer them to be decently clad, but this is quite a  nice compromise. 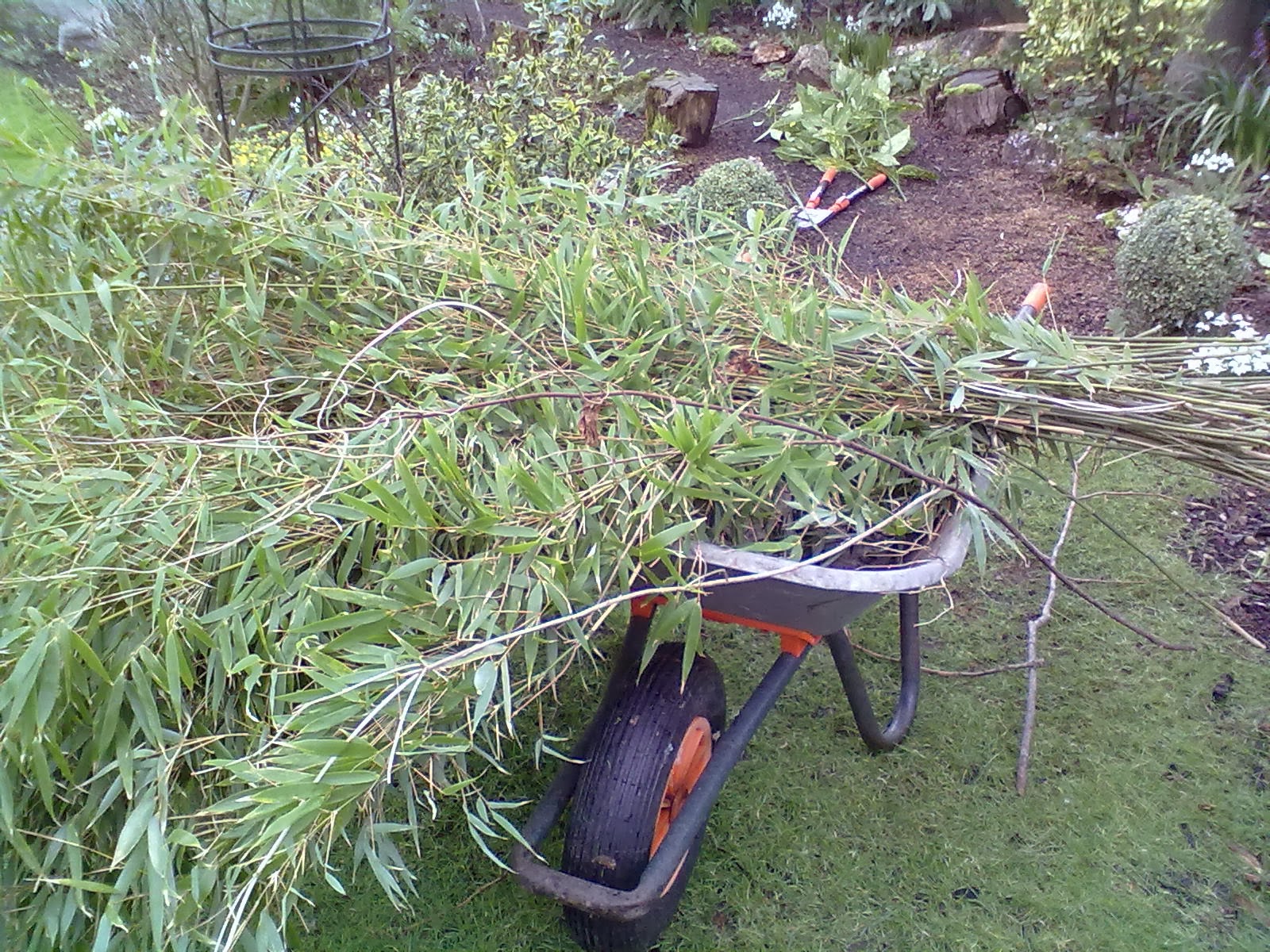 To give you an idea how much I chopped off, here is the wheelbarrow afterwards:

So if you are troubled with an overlarge bamboo, that's all you have to do.

One word of caution - if you think that your bamboo is not just too thick, but too tall as well, then whatever  you do, don't just chop the tops off.

It looks terrible. Worse, those chopped tops will sprout little "lollipops" of foliage, which then looks ridiculous.

Just do this, as described above: and once you have reduce the size of the clump, reach in amongst what is left and cut out about a third of the stems.

Stand back and admire it - it should be much airier, and thinner.

Still too tall? Find the tallest stems, trace them back to ground level one at a time, and chop them off.

There you go! Thinner, airier, less tall, and still stylish.

Here's one I did last year: 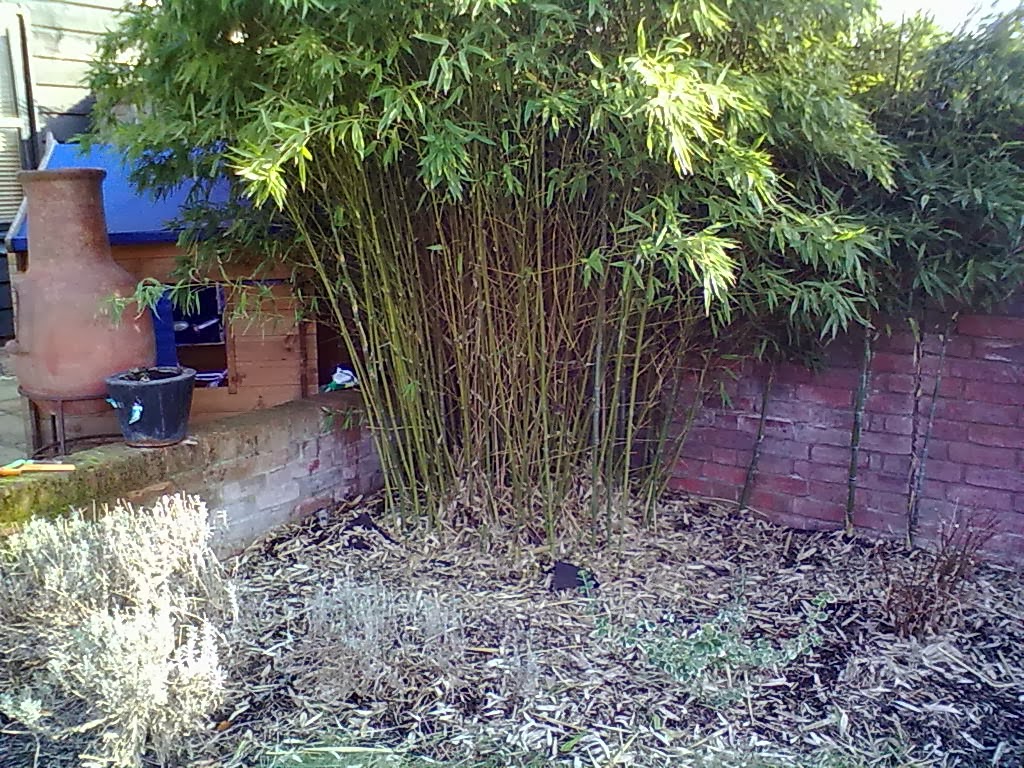 Before I attacked it, it flopped right out over onto the lawn, smothering the lavender and generally looking completely out of  control.

Alas, I took this photo before I had finished raking out the huge piles of dead bamboo leaves, so it still looks quite messy, but once the bed was back to clear earth, it looked really stylish.

The Client was very pleased, and took back her comments about "death to all bamboos". Which was nice.

Posted by Rachel the Gardener at 15:35