I saw a hedgehog the other day.

Not exactly ground-breaking news, I know, but I've been living in South Oxfordshire for over a decade, and this is only the second time I've seen one, other than squashed flat on the road

I was beginning to wonder where they'd all gone to.

This little fellow appeared in broad daylight, in the middle of the afternoon, and trundled past me at top speed, heading from nowhere in particular to nowhere else in particular. 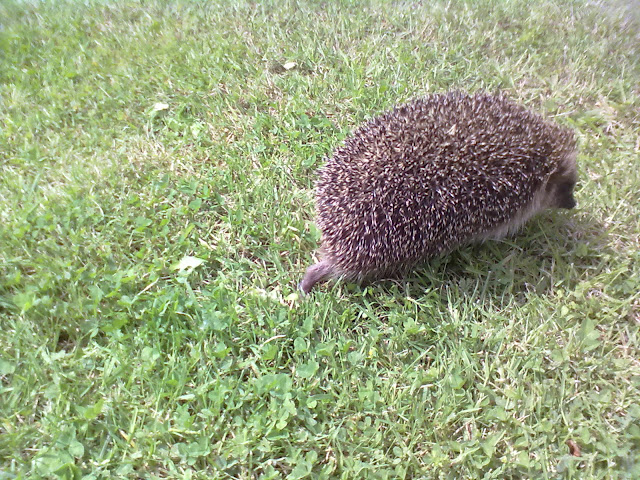 When I leapt over to say "hello" (as you do) he actually did the traditional curling-into-a-ball, and hissing. Did you know that hedgehogs hiss? Yes, they make a lovely "kettle-boiling" sort of noise to warn predators away. I waited patiently, and within just a few seconds he'd decided that I was harmless, and continued on his way.  Perhaps the heat of the sun was too much for him - no, wait, this is June 2012, and we haven't really seen the sun this year. Perhaps he'd heard about the rain that was due, and was moving to higher ground.

Anyway, having done his duty by hissing at me, and having beaten me into submission (well, I didn't eat him, did I?) he trundled off at high speed, and disappeared into the flower beds on the other side of the drive.
Posted by Rachel the Gardener at 16:46