Yucca and how to tame them

Winter is a time for busy bloggers to catch up with posts from earlier in the season - well, that's my excuse for this post being "out of time", anyway! This is a job that can just as easily be done now, in mid-winter, as it can in summer - it's one of those jobs that you do "when there is time to get around to it".

Back in the early summer, I had grown extremely tired of being stabbed while weeding around a particular Yucca, which was badly infested with bindweed, meaning that I was forever trying to dig out the bindweed roots, but failing to get all of them because I was being stabbed to depth by this blasted plant.

Finally, I finally lost patience with it.

All you have to do to tame an overgrown Yucca is to crawl underneath the canopy of leaves with a pair of loppers - be careful as you do, as each leaf has a terminal spine which is rock hard and quite capable of piercing skin. How do I know? One stabbed at my forehead as I approached this plant, and it wasn't until the blood trickled down my forehead that I realised it had broken the skin!

Anyway, work your way carefully underneath the plant, then simply lop off some of the outer growths. The stems are actually quite soft, and you won't need a pruning saw.


This much came off: 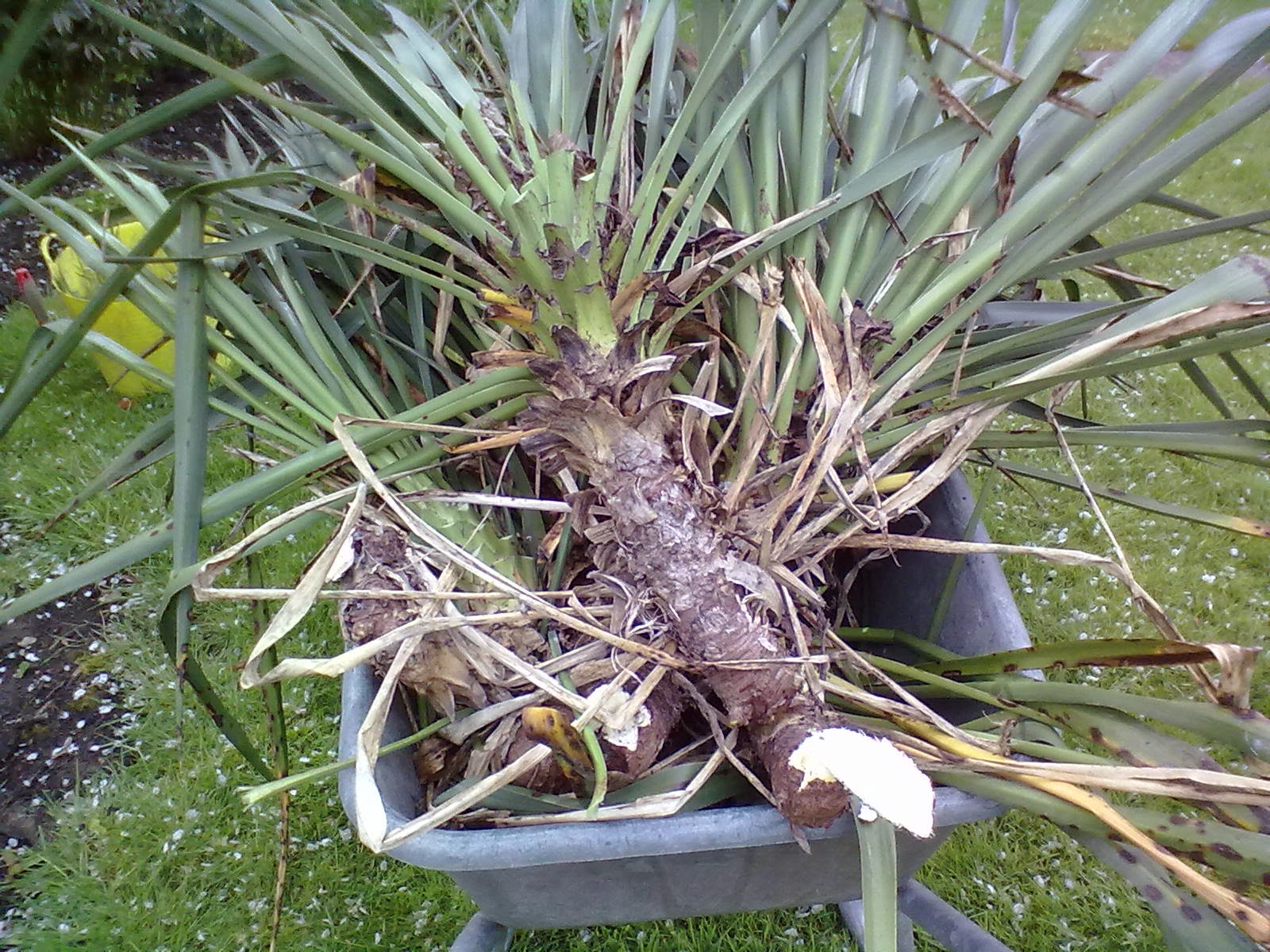 Yes, pretty much a whole wheelbarrow's worth, which went straight onto the bonfire heap. There may be some greenery there, but the tips are resinous and very sharp, and the structure of the leaves makes me think that they would take a long, long time to rot down.

Furthermore, I am paid to do the garden, not to pick fussily through the cuttings, so whee! on the bonfire heap they all went.


And this is what was left: 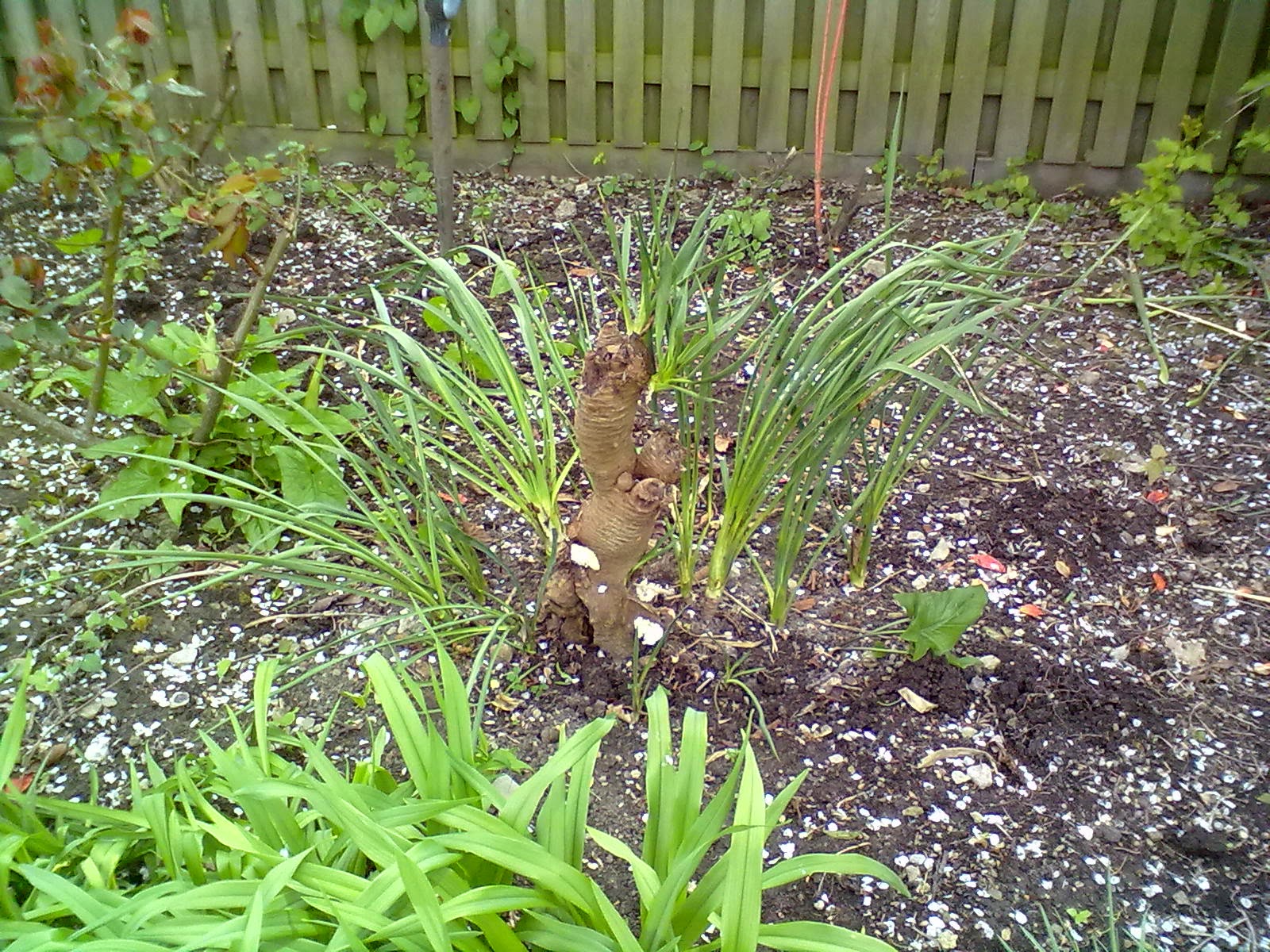 You can see in the photo to the right, the white circles are where I have removed entire limbs.
This particular one had had its top broken off last year, when the people next door felled a large tree rather inexpertly, dropping several branches over the fence into my Client's garden. So it had lost the rather nice upright shape of a proper Yucca, and instead was a rather untidy clump at exactly stab-the-gardener height.

Instead, I am going for the Yucca Copse effect, to see what it looks like - and if neither I nor the Client like it, then I will go round with a fork and dig up all those outlying baby Yucca plants, allowing just one central stem to re-grow to a decent height.

Or at least, that's the plan!

Posted by Rachel the Gardener at 09:49