Actually, to defend my professional reputation, I am very good at keeping topiary to the shape, size and proportion that is intended: these particular box balls belong to a garden which I only attend at irregular intervals, and they didn't always have as many clips as they should have! 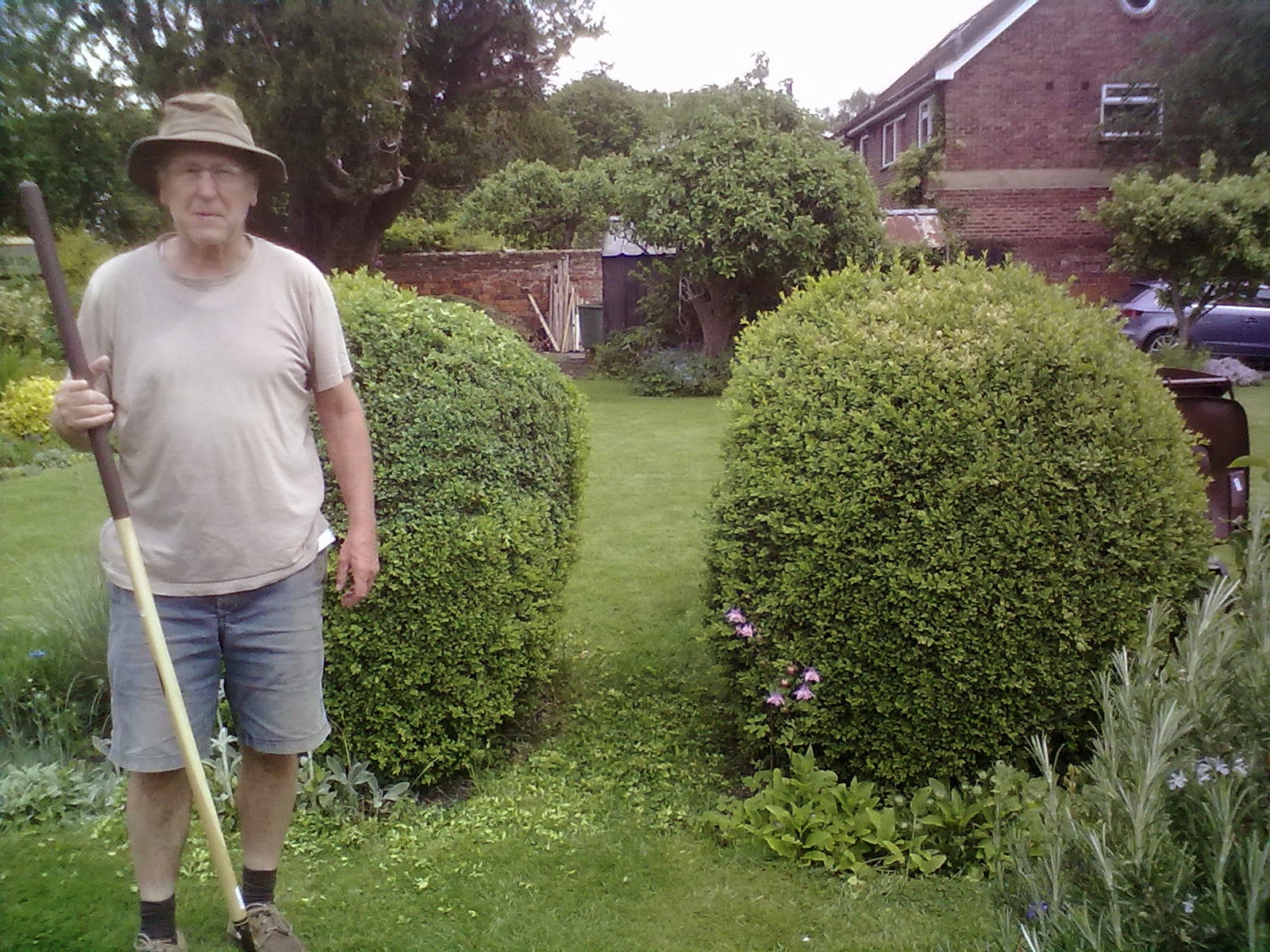 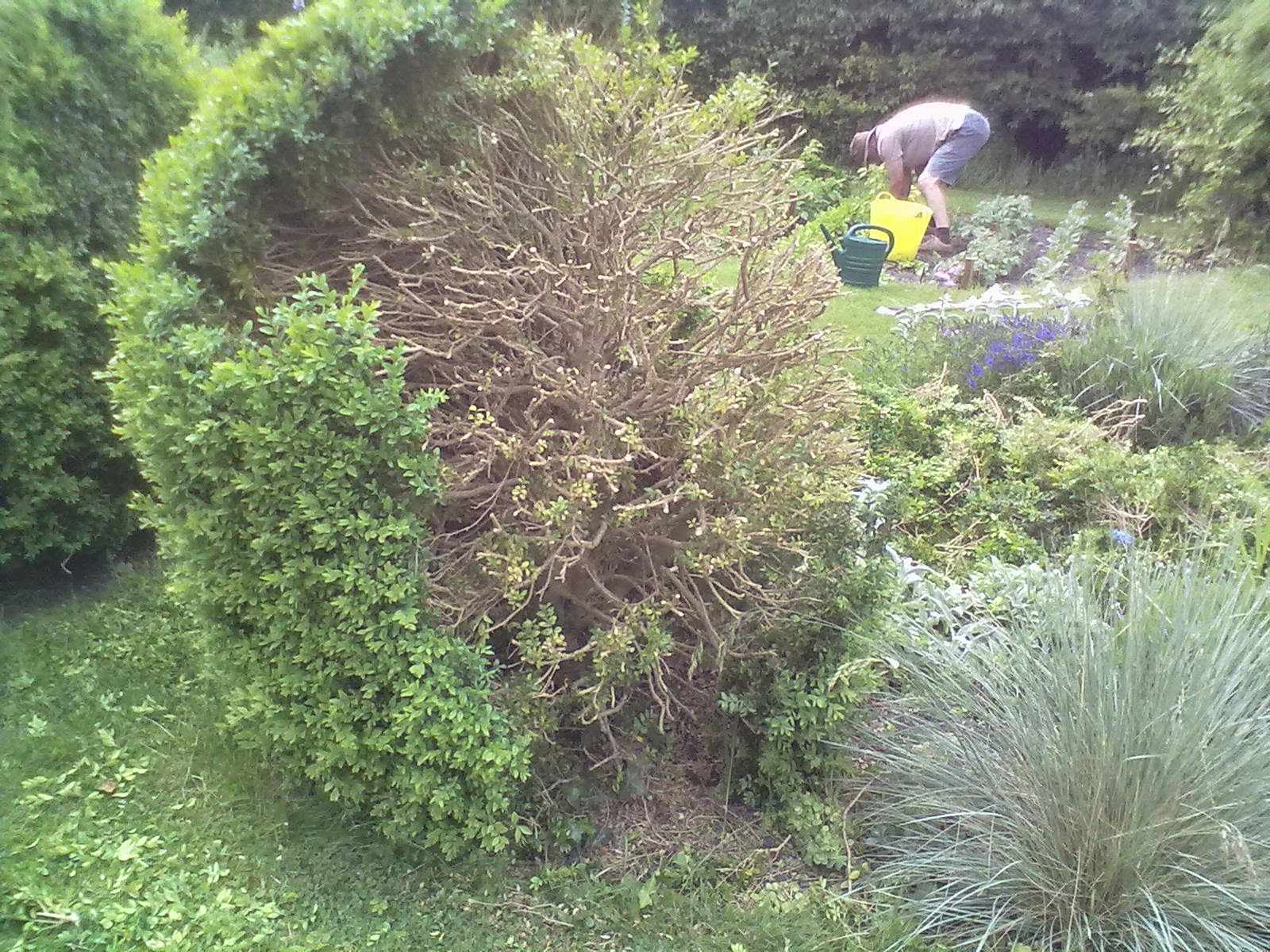 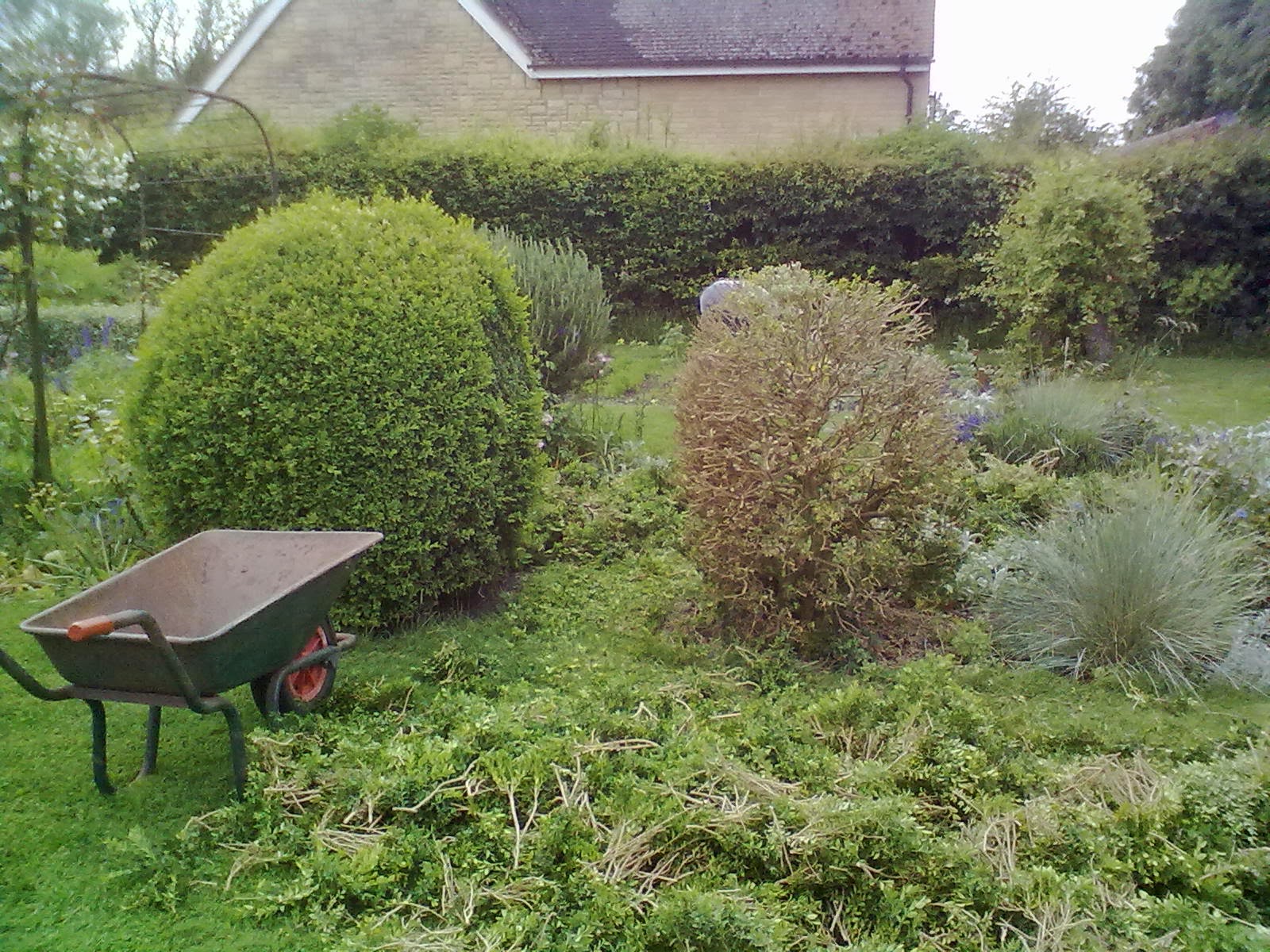 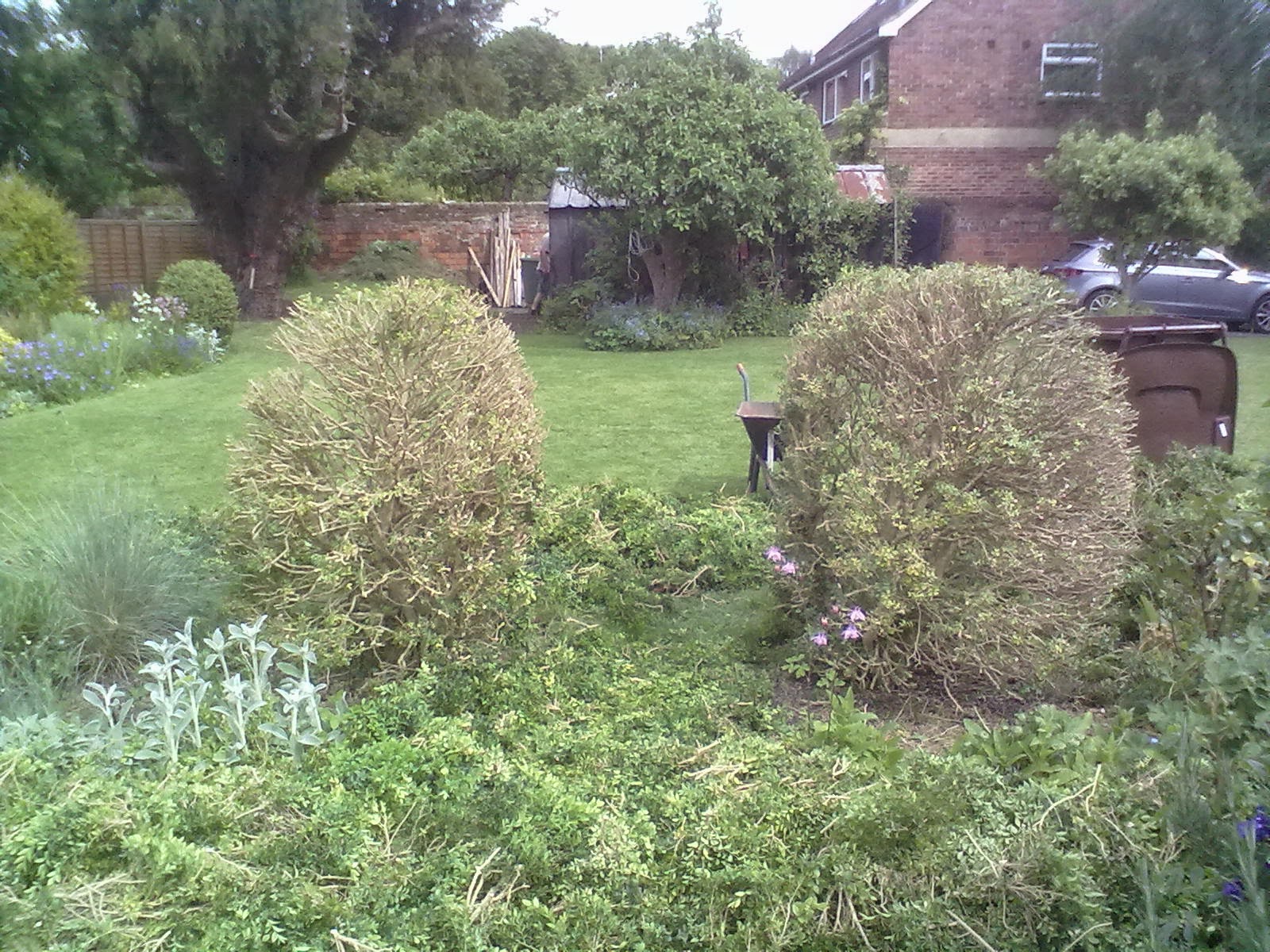 So there you have it - how to Be Bold with overgrown Box topiary.

UPDATE:  I had a question from ElsaTheLion, asking how long they would take to green up again.

As you can imagine, this is what I call a "piece of string" question, because there are a number of factors which come into play - starting with when you did it, going through what state the plants were in at the time, ie  how old they were,  how well established, how healthy they were: and the aftercare - as detailed above - makes a huge difference to the speed of the recovery. 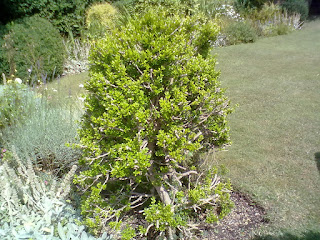 Here's what they looked like in early August of the same year - as you can see, greening up nicely, but it will be a bit longer before they can be properly shaped.

It's important, I should also say, to start clipping them as soon as they start to regrow: don't leave it a year, thinking that you want them to regrow quickly, so you'll leave them un-cut.

Instead, clip them lightly, as soon as the new growth is a couple of inches long. This forces them to branch and thicken up, giving you a better, greener, thicker, covering of leaves.

Which, in the long term, will allow you to reshape them properly, all the sooner.

Did you enjoy this article? Did you find it useful? Would you like me to answer your own, personal, gardening question? Become a Patron - just click here - and support me! Or use the Donate button for a one-off donation. If just 10% of my visitors gave me a pound a month, I'd be able to spend a lot more time answering all the questions!!
Posted by Rachel the Gardener at 10:49