This was a fun job - the client had a large shrubby Cotoneaster growing beside the house, which had extended itself over the path, to the point where they could barely squeeze past it. 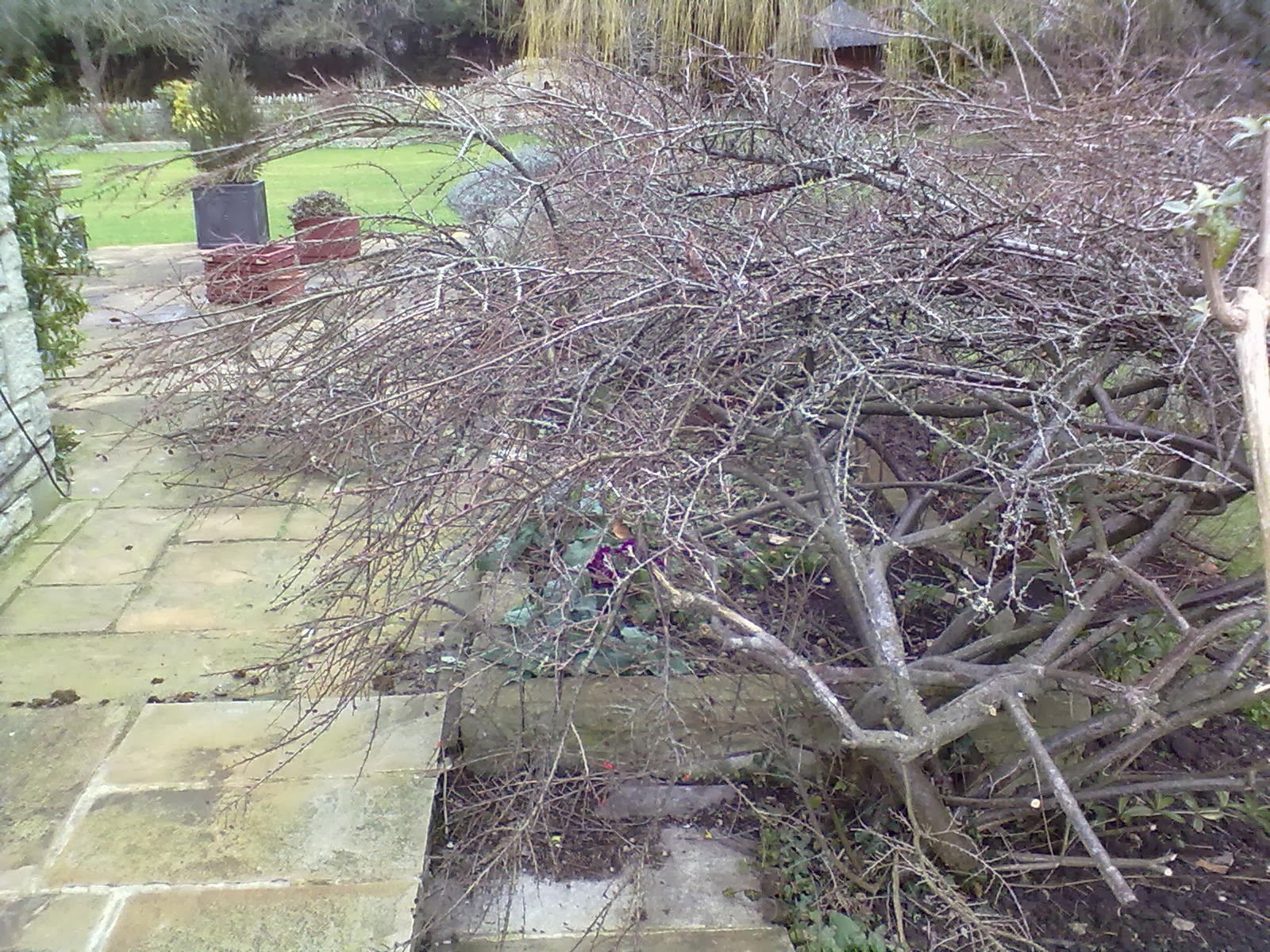 It was also completely swamping the raised bed - from this perspective, behind it - and under cover of the foliage, there were half a dozen Elder trees growing, along with a mish-mash of general weeds, all of which were growing pretty much unseen under the mess of Cotoneaster.

The most familiar one is Cotoneaster horizontalis, whose branches grow in a flattened herringbone pattern, and which can be found ascending up walls. If not supported by walls, it just sprawls wider and wider, but like all of these shrubs, it produced masses of berries, and is therefore valuable as a wildlife feed plant.

I don't know exactly which Cotoneaster this is - it's hard to tell with the deciduous ones, in winter - but it's quite free-standing. It may even have been a chance self-set seedling, as it is planted in a rather odd position. I suppose it's possible that the plan was to have something to break up the sightline from front to back... 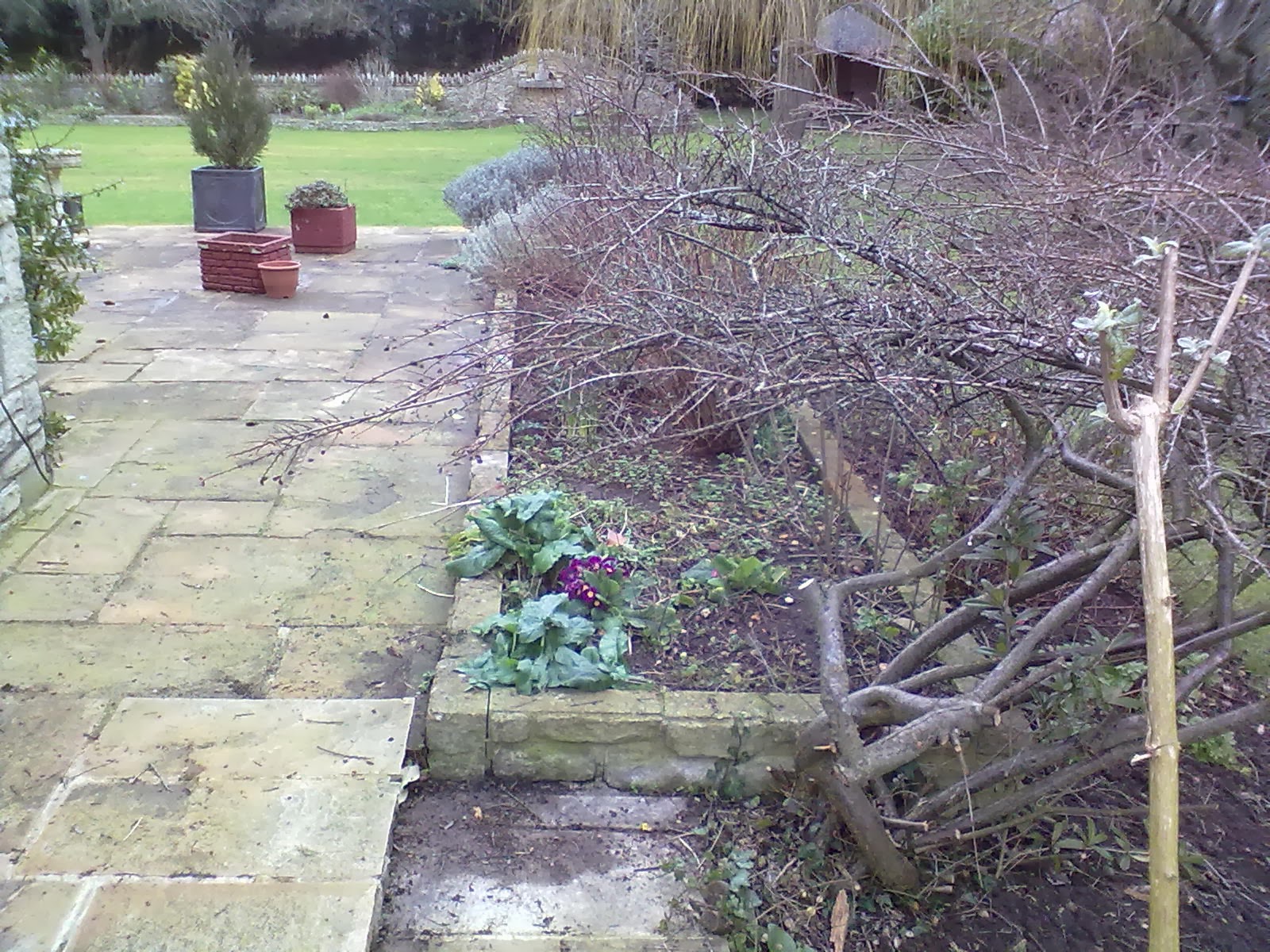 Here's the result: now we can walk along the path, and we can see the raised bed, and the invading Elder are no more.

The whole process was somewhat similar to the Salix caprea Kilmarnock pruning which I wrote about earlier - rather than just chopping off the bits that get in the way, it's far better to go right back to the main stem of the tree/shrub, and clear it out.

As a side benefit, you often get a nice view of the stem - in this case a rather interesting wind-blown arrangement of stems, almost Japanese in style, possibly? 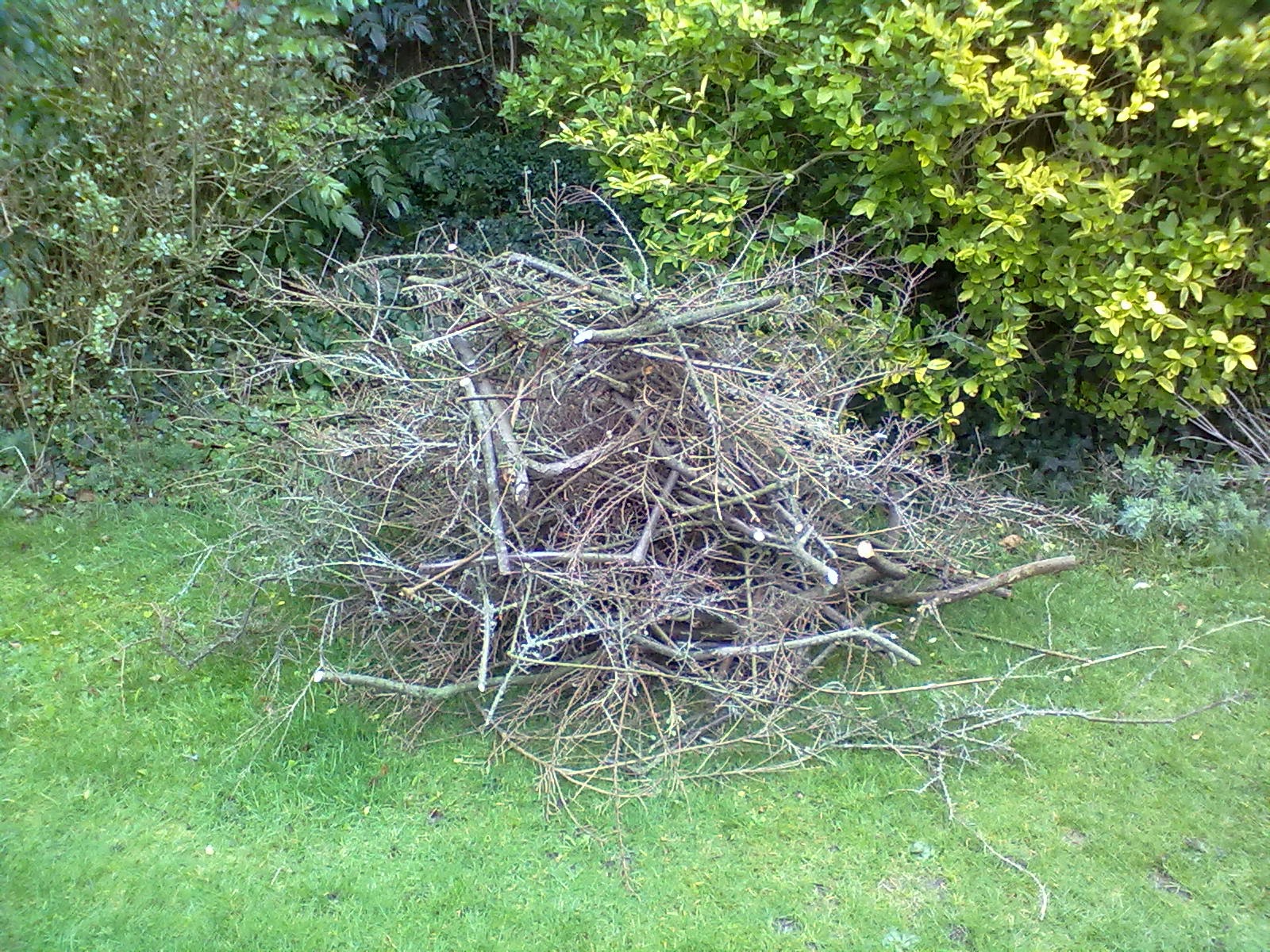 And here is the pile of branches which I removed - very nearly the same size as what was left!

As I said, a fun job - I enjoy having a good chop now and again, and it's very satisfying to bring a sense of order to a chaotic shrub.

Posted by Rachel the Gardener at 11:00