Ginger - can you grow it in the UK?

Back in November, one of my clients took me by the hand, led me into their Orangery, pointed at a small pot on the ledge, grinned widely and said "Go on, then: tell me what that is?"

I hate it when people do that! Unless I immediately know the answer, of course... 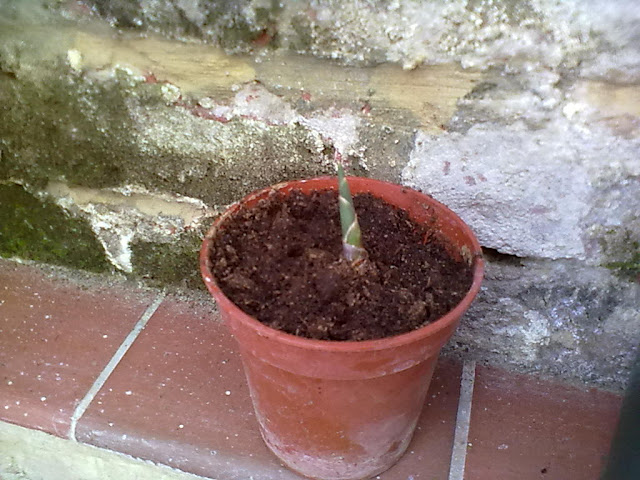 Any ideas?   Aha, well, from the title of this post, you will already have guessed what it is, won't you?

Yes, it's ordinary culinary Ginger, Zingiber officinale, bought in the local supermarket, forgotten about, and found in the client's vegetable box, sprouting.

So my client potted it up, to see what it would do. As you can see, it appears to be growing nicely!

At the time, I had to admit that I hadn't a clue, which made the client laugh uproariously.

Afterwards I did a little research on the subject, and discovered that the ginger roots we buy for cooking have normally been heat-treated, which prevents them from growing - presumably this one didn't get the full treatment.

So, can we grow them in the UK? My client was wise to put the little pot in the Orangery, as they won't grow outdoors in the UK - it's a tropical plant, normally it grows in South Asia and the Caribbean (remember good old Jamaican Ginger Cake?) which is obviously a lot hotter than the UK, and apparently they need a lot of water as well.

But it's worth having a go at growing them as an indoor plant, if you have a warm conservatory or - be still my beating heart - heated greenhouse or polytunnel. You can try starting off a piece of root ginger in a pot of moist compost in early spring,  and if you are lucky, it will grow for you - keep it warm, light, and well watered and if all goes well, by autumn you will have quite a nice little plant. 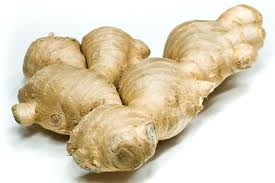 At that point, stop watering it, and let it dry out, which apparently encourages the production of rhizomes, which is the bit that we eat.

If you are very lucky, you might end up with something like this (right) which is where we started.... do let me know if any of you out there have successfully grown a ginger plant from a supermarket root - I'd love to know.
Posted by Rachel the Gardener at 15:17